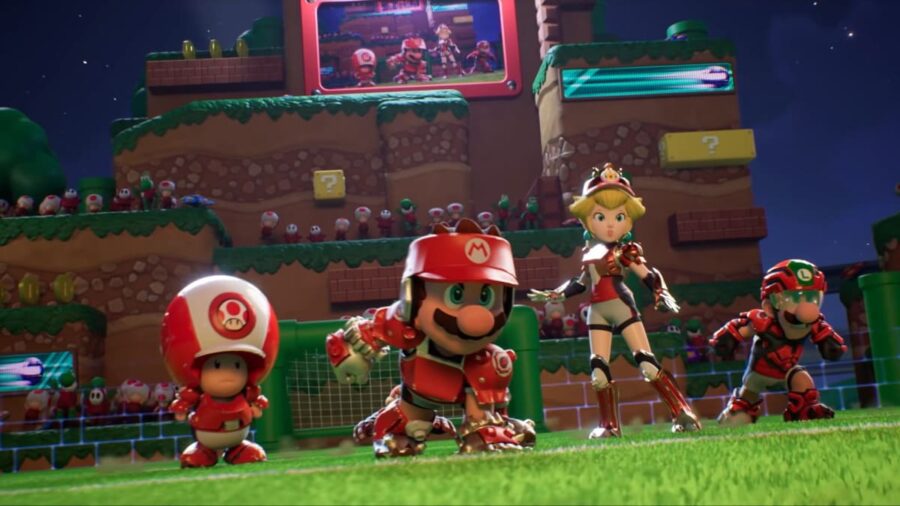 Mario Strikers: Battle League is the latest entry in the long-running Mario Strikers franchise. The soccer-themed Mario spinoff hasn't seen a release since the Nintendo Wii, but on June 10, 2022, that will change when Battle League releases. How many friends can come together for some high-intensity Strikers action this time around?

Related: All games shown at the February Nintendo Direct

In addition to Exhibition matches, players can participate in online games against friends and random opponents. Mario Strikers: Battle League also has an Online Club mode where up to 20 users can pair up and play to climb those competitive rankings. Use items, Hyper Strikes, and coordination to outplay your opponents and become the best Club online.

For more on upcoming Nintendo releases, be sure to visit some of our other articles here on Pro Game Guides, like What is the release date for Advance Wars 1 + 2 Re-Boot Camp?

How many players can play in Mario Strikers: Battle League?