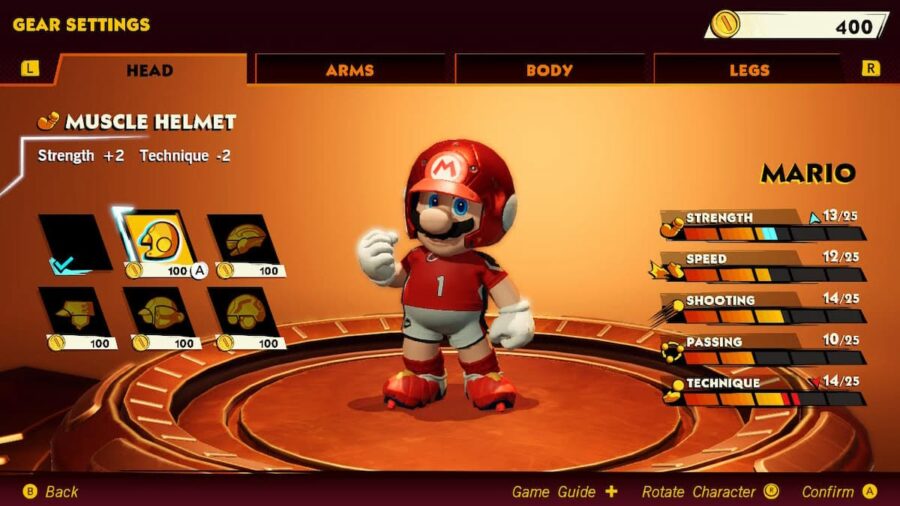 Mario Strikers: Battle League isn't overly complex, but some of the mechanics in the game play an important role. Players should be sure to pay attention to a character's Stats when deciding who to play, as their Stats determine how well they are able to perform a given task on the field.

How to get the Muscle Gear in Mario Strikers: Battle League

The Muscle Gear Set will increase a character's Strength Stat. The Strength Stat is one of the most important in the game offensively because it determines how powerful a character's tackle and resistances are. With a high Strength Stat, players can run the field with the opposing team.

Players wanting to get their hands on the Muscle Gear Set should head to the Gear Shop by entering the Gear Settings in the game's menu. Once there, players will need to purchase the set for 400 Coins in total (100 Coins each).

Related: Can you play as Boom Boom in Mario Strikers: Battle League?

How to get Coins in Mario Strikers: Battle League

To get Coins most reliably, players should complete the game's Tournaments. For each first successful Tournament, players receive 400 Coins, enough to purchase one full Set of Gear. Players can replay a Tournament again, but each victory will only result in 50 Coins. Players will get 400 Coins for free by visiting the Gear Shop for the first time, though this only works once.

How to get the Muscle Gear in Mario Strikers: Battle League