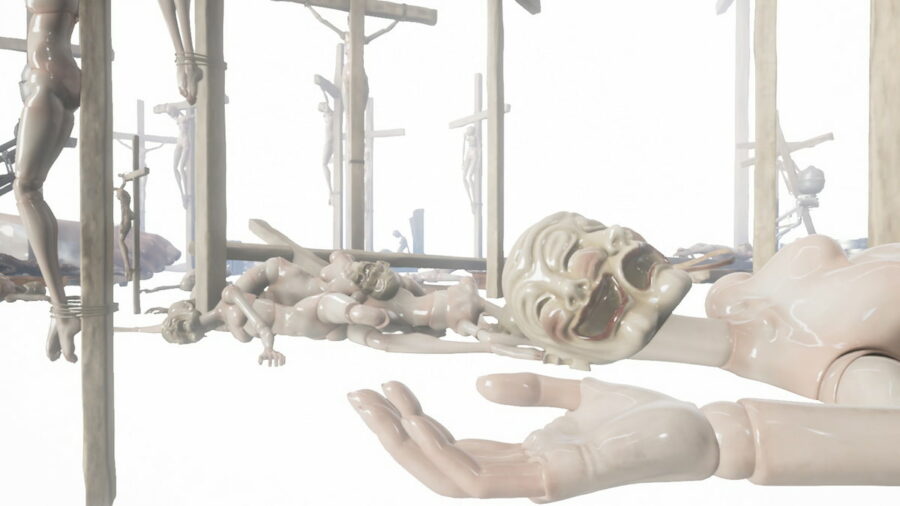 Martha is Dead submerges players into the tragically beautiful countryside of Italy in the Summer of 1944. The player is immediately subjected to the death of the protagonist's loved one, Martha. Guilia needs help unraveling the mystery of Martha's death amongst a sea of missing memories and suspicious surroundings.

Players will be taken on a grating roller-coaster ride of languid, point-and-click gameplay and horrifying cutscenes, but the rich setting and unique storyline might not be enough to make up for tedious quests and an unsatisfying tone.

Finding Atrocities while Hiding from the World

In rural Florence, Guilia's family is staying in their summer home to escape WWII. While there, Martha dies, with Guilia being the only witness. Players must unwind all the confusing details and Guilia's missing memories to find the truth.

Given that Martha is Dead is a point-and-click game, players get to appreciate the fine details. Guilia's home, radio music, telegrams, and the use of a vintage camera all enrich the setting and story. This setting feels like a real place that could have actually existed during World War II. Guilia's character is also more concerned with her family and friends than WWII, which makes her feel like a real, relatable teen.

Related: How scary is Martha is Dead?

Sadly, the realism in Martha is Dead comes at a price: pacing and entertainment. There are large swaths of the game that were tedious, repetitive, and outright boring. While patient players might not mind spending a huge chunk of the gameplay in bright daylight or reading the newspaper, many will find this inconducive to an effective, mood-setting environment.

It doesn't feel efficacious for a horror game to have a half-hour of bike riding in the sun to then have a brief amount of eerie game mechanics that lead to a two-minute, unskippable cutscene full of blood and cacophonous music. The jarring pacing kills this game's tone. It's disappointing—the horror is compelling and would have been further improved if Martha is Dead maintained tension.

Martha is Dead has a list of laborious actions you must complete that should be shorter. Whether that's using a slow boat, walking through the overly long map, or being forced to redo puppet scenes until you get the right outcome, there is an issue here of the game feeling like work.

It is understandable that a game would desire immersion when the setting and story are so important. That is why it's sadder to see such a unique and fascinating story about trauma, mental health, and family be weighed down by what is, frankly, pedestrian gameplay. Martha is Dead could have benefited from having more NPC interactions and condensing the mundane aspects of the game.

Pros and Cons of Martha is Dead

Fans of point-and-click titles who are prepared and excited for winding quests that take more time than the actual horror of the game should buy Martha is Dead. The deeper story within may not be enough to satisfy players who are not interested in the slow mechanics required to solve the mystery.