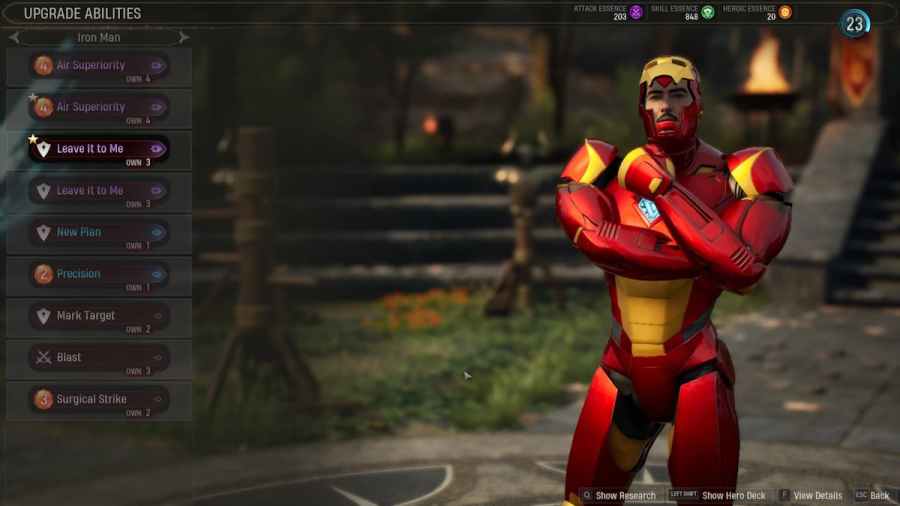 Iron Man is a well-rounded hero, capable of high-damage single and multi-target abilities and a wide range of squad support skills. The best abilities for Iron Man are:

How to play Iron Man in Marvel's Midnight Suns

Iron Man has the unique Redraw to Upgrade mechanic. Some of Iron Man's abilities can be actively redrawn to upgrade the abilities to a more powerful version of themselves instead of being discarded. You can use this mechanic to great effect by dealing devastating damage to enemies or adding additional effects to Iron Man's abilities.

I'll handle this; Iron Man's passive ability allows Iron Man to generate his own Redraws. This will give you more opportunities to use the Redraw to Upgrade mechanic on Iron Man's abilities while also allowing you to change the cards in your hand often.