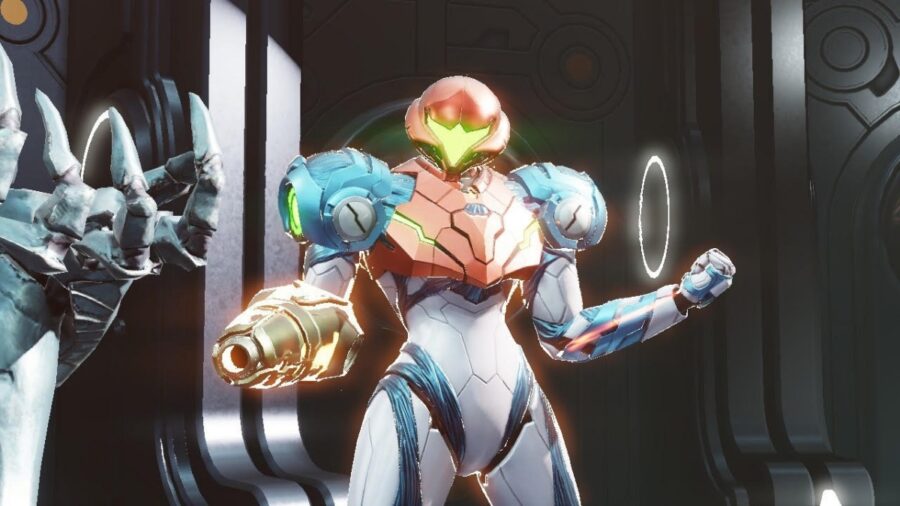 Metroid Dread returns Samus to the 2D Metroidvania style players haven't seen for almost two decades. Along her adventure, Samus encounters several stopgaps that halt her progress, and only those familiar with how this genre of games works will know how to make headway. One obstacle in Metroid Dread is the domed doors that regular blaster fire can't break.

To break through the red domed doors in Metroid Dread, use Samus' missile launcher. This attack breaks through the protective field barring Samus from heading to the next area. Because Samus has a limited supply of these projectiles, it's best to keep at least one or two on hand for situations like this.

Related: How to Expand Samus’ Map in Metroid Dread

Should players find themselves lacking the missiles necessary to bust these domed doors down, we recommend finding one of the game's resupply stations, which completely refill Samus' supply of middles. Players can also kill standard enemies, as they often drop Missiles and health regeneration items.

Once a domed door breaks, it will never again appear over that gateway, so no need to worry about keeping track of which gates Samus has destroyed.

For more on Metroid Dread, check the other articles on Pro Game Guides, like How to get out of the Dairon Morph Ball Room in Metroid Dread.

How to parry in Metroid Dread

How to defeat the Robot Chozo Soldier in Metroid Dread

How to unlock all Ending Rewards and Screens in Metroid Dread

How to Expand Samus’ Map in Metroid Dread

How to unlock the Super Missile in Metroid Dread