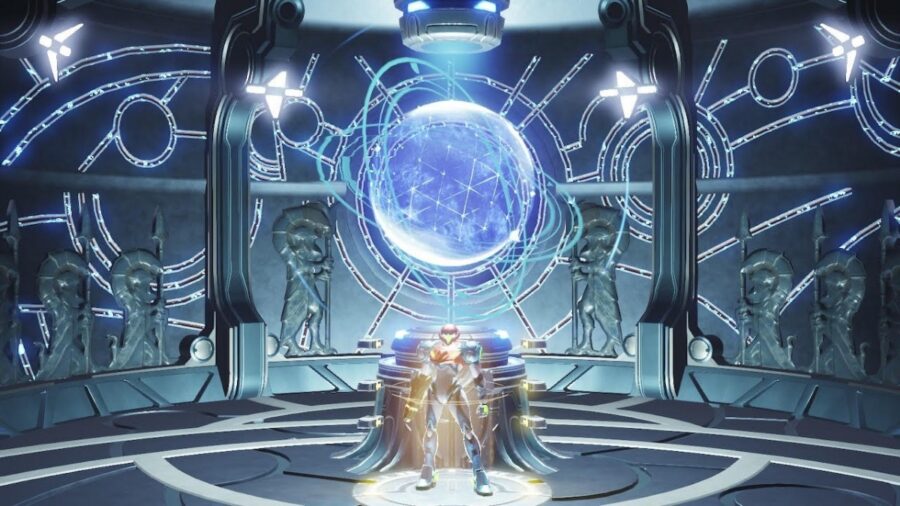 Metroid Dread is the first traditional Metroid Dread game in almost 20 years. While veterans of the franchise are more familiar with the way exploration works in this title, newer players might be overwhelmed by such an expansive playground. Players must explore the extensive maps of each area in Metroid Dread.

Samus expands her map one of two ways. The first is by exploring the unregistered areas manually. Every site that players visit as Samus fills a previously empty portion of her map permanently. Players can check their map at any time to see previously explored areas. The second is by finding and using the area's Map Room. Each region in the game has a Map Room that instantly reveals the entire area. Check the header image to see what to look for in a Map Room.

Related: How to get the Omega Cannon in Metroid Dread

These Map Rooms double as Save Areas, so make sure to check each Save Room when exploring. Save Rooms are Yellow on the Metroid Dread maps, so if you see a yellow room filled with constellations and stars, it's likely the Map Room. Stand on the platform in the middle of a Map Room to have Samus access the terminal and reveal that area's map.

Though Metroid Dread is the first traditional Metroid game in 19 years, it's already the franchise's most significant launch ever in the UK.

How to unlock the Spider Magnet in Metroid Dread

How to defeat Central Units in Metroid Dread

How to unlock Morph Ball in Metroid Dread

How Long is Metroid Dread?

How to unlock the Diffusion Beam in Metroid Dread

How to get the Omega Cannon in Metroid Dread