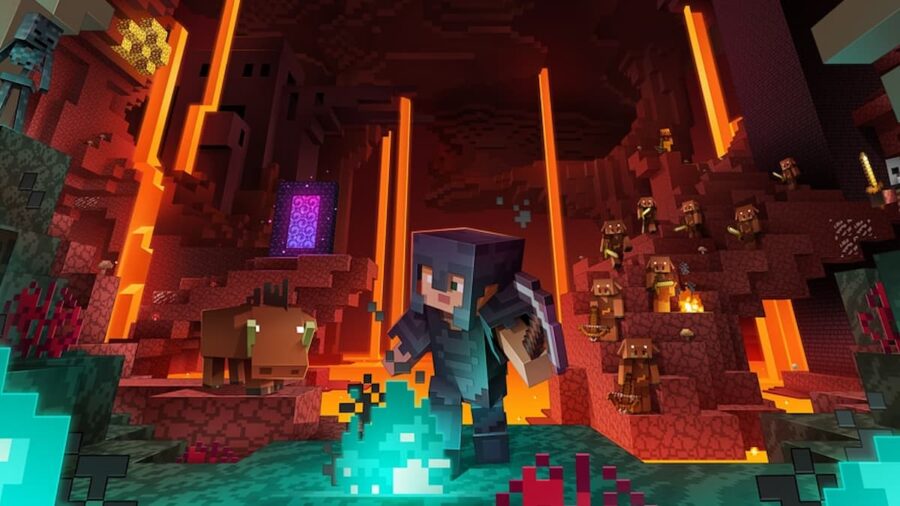 Whether players are new or old to the game of Minecraft, speedrunning works a lot differently from playing the game casually. The point of speedrunning is to use as many cheat-like bugs in the game to reach the end as quickly as possible. So we'll cover what the necessary steps are versus ones that just waste the player's time.

How to start a speed run

There are several things players will need to get as soon as possible once they spawn. Time is of the essence, so these are the most critical parts of speedrunning.

Before entering the portal in the Nether, players should pack up supplies beforehand, or even craft a quick base on the other side of the portal. These will be things like several loaves of bread, iron pickaxes, a chest, a bed, and a crafting table. This should be enough for the player to make their way through the Nether with a decent spawn location.

How to speed run in the Nether

Once players have entered the Nether, things get much harder. With difficult enemies around every corner, lava flows, and a strange sunless environment, players can quickly get lost.

Related: How to kill the Ender Dragon with beds in Minecraft

How to speed run the Ender Dragon Fight

Unlike in previous editions of the game, there is now only one real way to quickly kill off the Ender Dragon, and it's surprisingly simple. The technique is called One-Cycling. This will just require some obsidian and five or six beds.

Build the obsidian near the top of the post that the dragon drops down to. Set up the beds next to the obsidian. Then every time the dragon swoops down, activate the bed. This will cause an explosion that deals massive damage.

To deal the most damage, players will want to focus on doing this when the dragon's head is closest to the bed. This process should only take five to seven beds to complete, which makes it the end of the speedrun!

For more Minecraft content, check out How to start a Pillager Raid in Minecraft on Pro Game Guides.