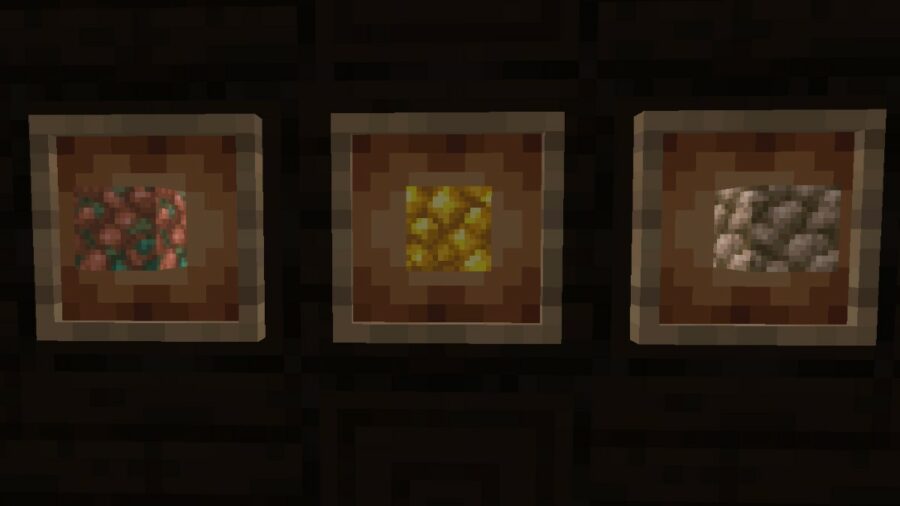 Raw Ore blocks of any type are only obtainable via crafting, commands, or Creative. Let's first go over how to craft them.

The following images and descriptions show you the crafting recipes for each Raw Ore block.

Each Block of Raw Ore can be crafted by taking nine Raw Ore of their respective resources, and placing them in each slot. This must be done at a Crafting Table. This is the only way to get one of these blocks in Survival Mode.

Blocks of Raw Ore can also be given via commands on a Command Block or in the chat by players with administrative privileges in a game. Here are the commands to give players one of these blocks.

This applies to only the Java version of Minecraft on Windows PCs.

This applies to all Bedrock versions, such as Minecraft for Windows 10, PlayStation, Xbox, and Nintendo Switch.

That's all there is to know about how to get Raw Ore blocks in Minecraft! Hopefully, you've saved some space in your Chests!

We have more great coverage and guides for Minecraft 1.17. Check out our Minecraft Homepage for the latest information available for the Caves and Cliffs Update!

How to Remove Curse of Binding in Minecraft

Where to Find All Ores in Minecraft 1.17

How to Get Sponges in Minecraft

What Does Bad Omen do in Minecraft?