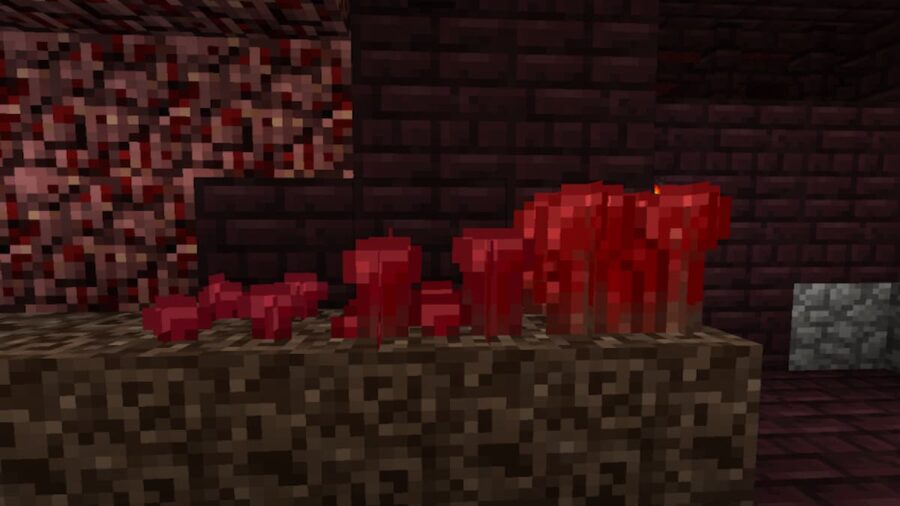 How to get Nether Wart in Minecraft

Possibly the most challenging part about setting up a Nether Wart farm in Minecraft is getting your first few pieces of Nether Wart. Nether Wart is a rare plant and only grows in two places. The first is in Nether Fortresses. Nether Fortresses are extremely dangerous to navigate, so make sure you’re fully equipped before you head there.

Related: How to Find a Nether Fortress in Minecraft

Alternatively, Nether Wart grows outside the houses of Piglins in Bastions. Again this is a dangerous location, but you should be able to avoid angry Piglins by wearing at least one gold armor piece.

Once you’ve found a Nether Fortress or Bastion, you’ll have to explore it until you discover a room or courtyard that’s growing the Nether Wart. Then, harvest the Nether Wart with a weapon or tool, and get out of there!

It’s best to harvest the Nether Wart with a weapon with the Fortune enchantment on it. This will give you the greatest amount of Nether Wart to set up your farm. There’s a slight chance that a Nether Fortress will spawn without a Nether Wart room, but if so, don’t give up! Instead, find another Nether Fortress and continue the hunt.

How to Grow Nether Wart in Minecraft

Once you’ve gathered your Nether Wart, it’s time to start your farm. Nether Wart only grows on Soul Sand and won’t grow on Soul Soil. It can be grown underground and on any dimension (Overworld, The Nether, or The End).

It has four stages of growth and, when broken during the last stage, will drop between two and four Nether Wart—again, harvesting the Nether Wart with a weapon or tool with the Fortune enchantment will yield a more significant amount. And there you have it; a functional Nether Wart Farm, ready to brew all the potions you need.

With your newly acquired Nether Wart, check out our Minecraft Brewing and Potions Guide!