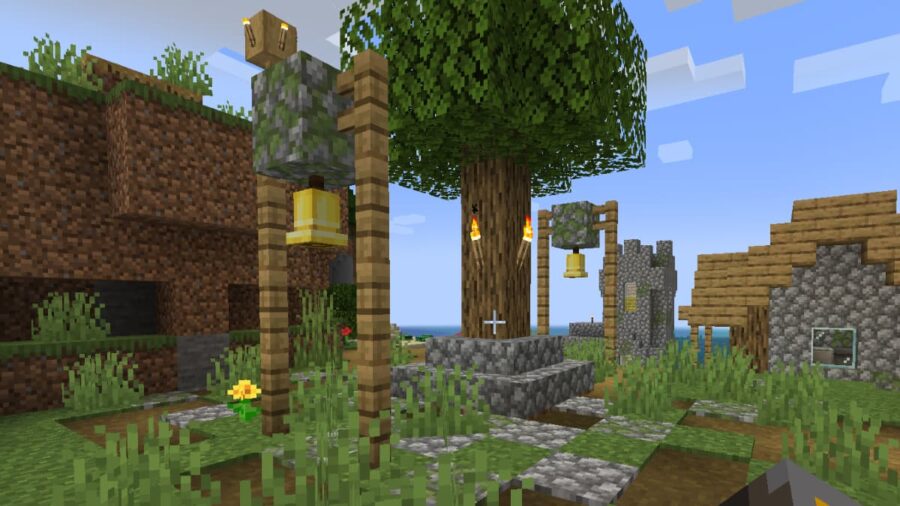 To stop a Pillager raid in Minecraft, you will need to kill all Illagers that spawn to attack the village. Doing so will then cause the Pillager Raid event in Minecraft to stop and end.

Another way to stop Pillager raids is to let the Illagers destroy the village and kill all of the villagers. This method is only recommended if you have another village you use for trading, as letting a village get destroyed could cause you to lose some progress in the game.

Along with that, you will miss out on a chance to trade for items with some of the villagers. Because of that, it's highly recommended to stand and fight to stop Pillager raids.

How to defend a village from a Pillager Raid in Minecraft

To defend a village, start by finding a bell in your village and ring it to cause your villagers to head inside their houses. If they don't head inside, try changing the time in Minecraft to night time with /time set night.

Be careful doing this as monsters will most likely spawn, so you will need to defend your villagers while they are heading inside. But hopefully, your villages will head inside as usual if you ring the bell in the village.

Once the bell is rung and your villagers are inside their houses, block all doors and windows with blocks, and then prepare for the raid by equipping your strongest armor and weapons.

It's also recommended to make a bow with powerful enchantments and fight the mobs that will spawn from range. You can also make huge towers to get a view of the entire village and shoot at any mobs that spawn as well.

Making a few golems can also help in defense of your village. To make golems, you will need four blocks of iron and one Jack-O-Lantern. Make the necessary preparations, and you will be able to defend your village and stop a Pillager Raid in Minecraft.

How to Disable Raids in Minecraft?

Another way to stop Pillager raids in Minecraft is to disable them outright, which can be done via a simple gamerule command.

To disable raids in Minecraft type /gamerule disableRaids true, and hit enter in chat. Doing so will then prevent all raids from happening even if you have the bad omen curse in the game.

How to cancel Minecraft Realms Subscription