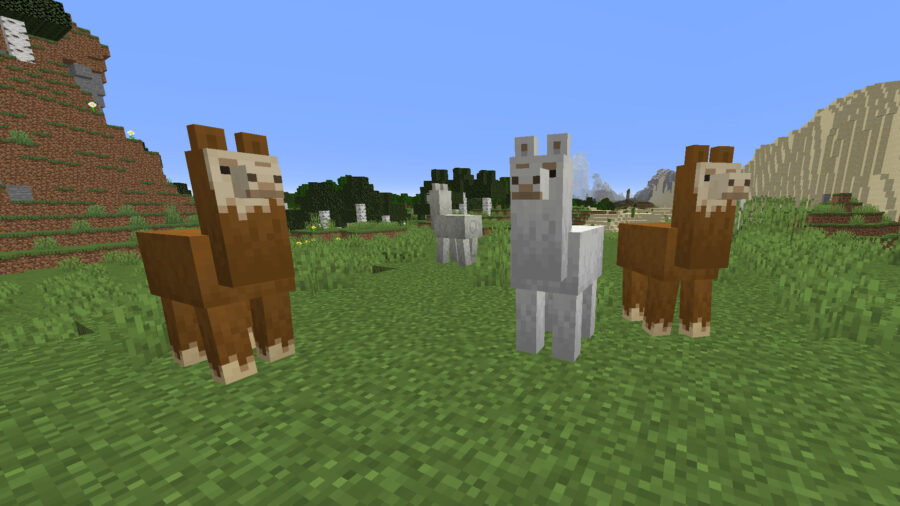 While horses get all the glory in Minecraft the unsung hero of the four legged animal is the Llama! These sturdy animals will help you carry large loads of inventory across the land without a complaint and only a little spit. While they can't be saddled or ridden traditionally, they will allow you to drag them around the map while holding on to all of your heavy goods.

There are many pets in Minecraft and some are more useful than others. Things like parrots and cats don't do much more than hang around and add a bit of ambiance to your base. Horses can help get you around the map more quickly, wolves will protect you, and foxes will learn to tolerate your existence. Finally, there's llamas who will help shoulder the load of your goods!

How to tame a Llama

To tame a llama, you will need to head to a savanna or mountain biome to find a herd. Once you have located the llama you want, press the use button on them with your hands empty to ride it. The llama will buck you off, so continue to ride it over and over. Once the llama looks at you when you jump on and doesn't remove you from its back it will be tamed! Llamas occur naturally in either a savanna or mountain biome. If you aren't sure how to figure out what biome you are in, if you play on PC and Java you can press the F3 key to bring up console text and stats. Look for the biome heading and it should tell you where you are. If you are on another version of the game, here's some examples of the biomes.

The savanna biome is generally located near desert or plains, and is mostly flat with high grass and acacia trees growing in it. The trees are the most obvious part about the savanna, due to their uniquely colored bark and trunk shape. 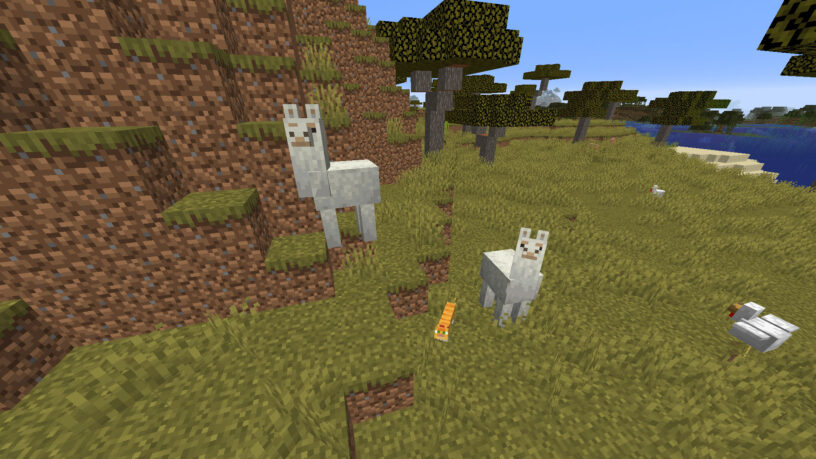 Mountain biomes are a bit more obvious due to the high elevations you should see. There are different mountain variations you'll find, some are in cold or warm climates. 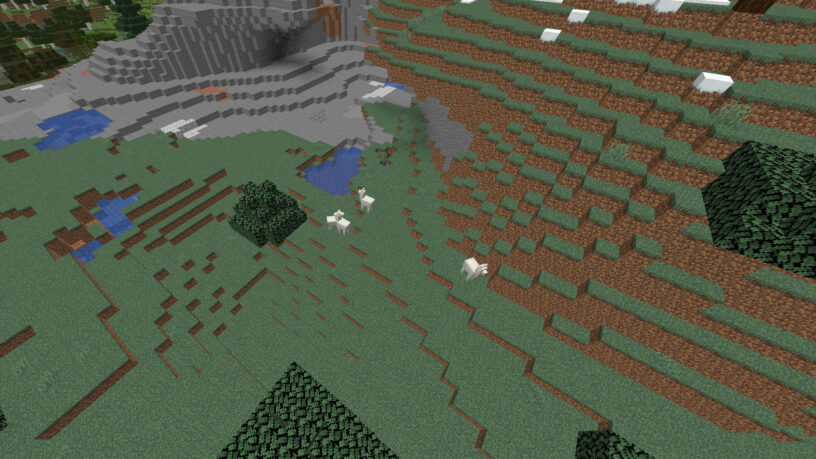 Now that you've found yourself a llama, all you will need to do is ride it! Empty your hands and hit the use button on the animal to take a ride. The llama will buck you off, but you just need to keep trying over and over again. The llama will eventually be impressed by your determination and be tamed! You should either see hearts over their head or they will look back at you in admiration.

If you want to be able to store things in your llama then you're going to need to equip a chest onto them! Just create a chest and then hit the use button on your llama while you have it in your hand to add it to them. The amount of storage your llama has is determined by its unseen strength stat. The stronger the llama, the more storage slots you get. You can check the llama's inventory by hopping on its back and hitting the button you use for your own inventory. 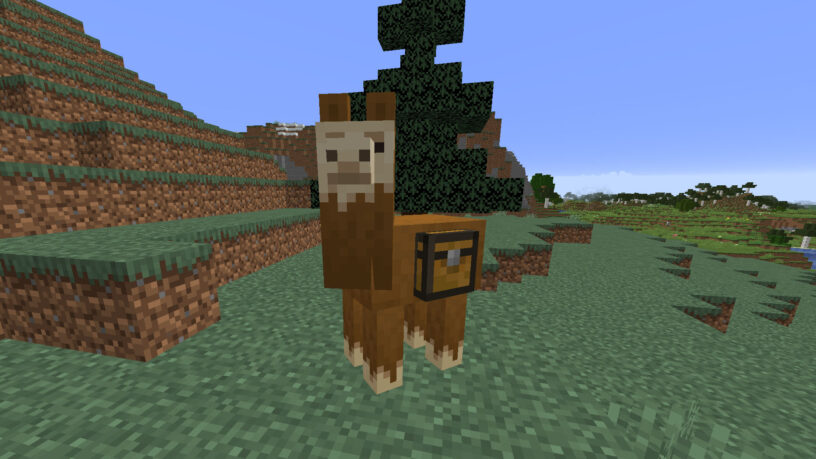 If you want to accessorize your llama then you can place a carpet on their back! You can dye the carpet using the various dyes that can be obtained by combining various ingredients together. Hop on the back of the llama and hit the inventory button to place the carpet on them! 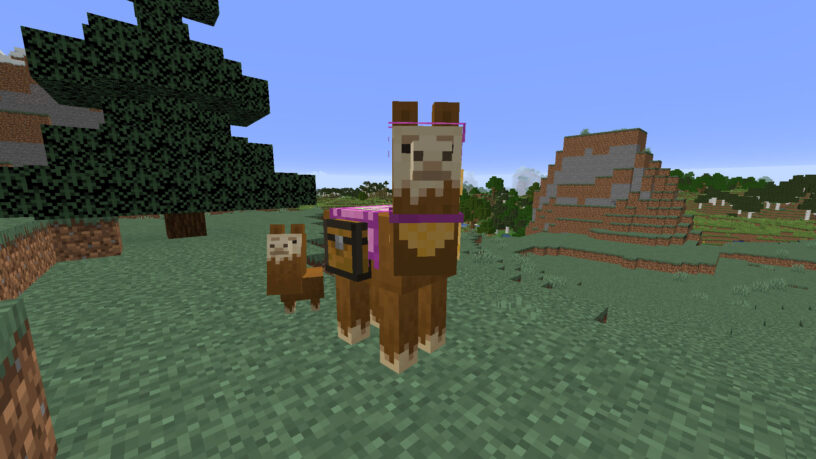 You might have some additional questions about llamas, and we hope to answer them all below!

Can you saddle a Llama?

You can't saddle a llama and ride them like a horse. While you can hop on their back, you can't actually control where they go. The only way to get llamas to get where you need them to be is to attach a lead to them and drag them along for the ride!

How do you breed a Llama?

You can breed llamas by feeding them hay bales! Hay bales can be created by filling up all of the empty boxes in a crafting table with wheat. That's quite a bit of wheat you are going to need if you want to do a lot of breeding, so make sure you are farming.

Yes, llamas will spit if they are provoked. They are neutral in general, but if you accidentally hit one then it will spit at you. It will also spit at wolves if they get too close, or it will spit at mobs if it is attacked by one.

Can you tame Trader Llamas?

Yes, you can tame trader llamas if you come across them. The Wandering Trader has a couple of pretty good looking llamas that wander around with him on the map. If you can break the leads that bind the two together, the llamas will become tamable.

Can you get wool from llamas?

No, you can't get wool from llamas in Minecraft. They can't be sheared like a sheep, and if you kill them they will drop leather and any carpets that have been equipped to their back! These aren't animals you tame to collect resources from, they are pretty much only used for hauling things.