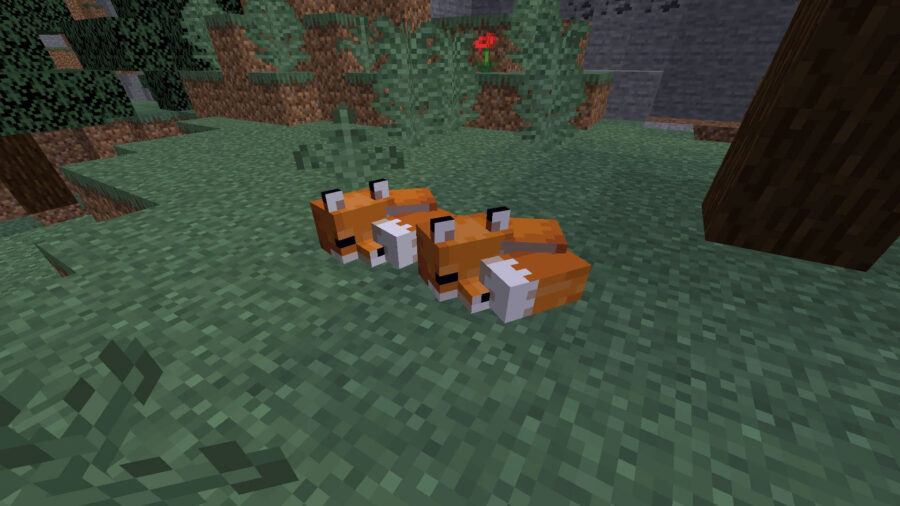 Foxes are a fun and unique animal that can be found in somewhat rare biomes in Minecraft. While they aren't extremely useful, you might as well add one to your menagerie so you can have a whole batch of different varieties of animals hanging around your base. These will make a delightful addition, but getting one to follow your orders can be a bit more difficult than you think!

Table of Contents
How to Tame Foxes
1. Locate Foxes in a Taiga biome
2. Wall in 2 Foxes together
3. Feed the Foxes Sweet Berries to Breed
4. Lead Your Fox Home
Minecraft Fox FAQ
Will a fox follow you?
How to get a White Fox
How to spawn a Snow Fox
Can you make a Fox sit?
What do Foxes eat?
What items do they hold?

How to Tame Foxes

To tame a fox in Minecraft, you need to first find a couple of foxes in a taiga biome and breed them. A fox will not trust you if they spawn in the wild, you will need to block them in to keep them from running away. Once you have your two foxes, give each one a sweet berry to get them to mate. The baby fox that is spawned from this will be tamed.

It's a good idea to bring a lead and name tag along on your trips to get a fox. This way you can keep an eye on which fox is yours, and you can get them back to where you want them to hang out more easily. You need to use the name tag at an anvil and have a name ready to go. Once you've got it labeled, you can then mark the fox in the game once it has spawned!

1. Locate Foxes in a Taiga biome Foxes can be found in wooded biomes like taiga, giant tree taiga, and snow taiga or in villages within these areas. Foxes can be found sleeping in the forest during the day, or looking for a shaded area to rest. They will sometimes head into villages at night where they can occasionally be seen stealing crops that are dropped by the villagers. They are far more active during the late hours, so it's easier to locate them in the day.

2. Wall in 2 Foxes together You will pretty typically come across a couple of foxes in a group. Sometimes, this group will be a baby and an adult fox. It doesn't really matter, you just need to find two foxes. Sneak over to them and place a 2-high box around them so they can't escape. If one of them is a baby, wait until it eventually becomes an adult. You will need to have some sweet berries, these can be located in the taiga biome on the ground in bushes. Be careful around these bushes, they have thorns and will deal damage you and slow you down if you try to run through them! Once you've got at least two sweet berries, you can feed each fox one and it will create a baby fox! This fox will now trust you, and not run away from you like other foxes. However, while it's still a baby, it will follow the adult foxes if they run away! It can be useful to have a name tag with you to name the newly created fox so you don't get it mixed up with the others. 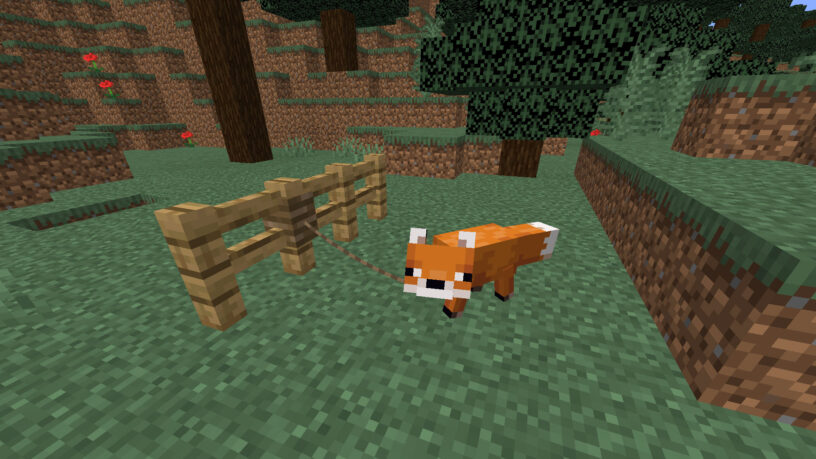 If you want to bring your fox back to your base or house, you will need to use a lead. Attach the lead to your newly created fox and bring it on home with you!

Here's a look at some common questions you might have about foxes in Minecraft.

Foxes will not follow you even when tame, but they will not flee from you when you are nearby like wild foxes will. If you want the fox to follow you then you will need to use a lead. If you are attacked though a nearby tamed fox will attack your pursuer, so they are loyal they just won't always be underfoot.

How to get a White Fox

White foxes are a unique fox variant that can only be found in the snow taiga biome or a snow taiga village. They display the same behavior as the normal fox type and can be tamed in the same way.

How to spawn a Snow Fox

If you're in creative mode then you've no doubt found that there's only Fox Eggs available for make foxes in the game. This will typically generate a normal fox, so if you're looking for the snow variant then you need to do something different! You will need to go to a snow taiga biome and drop the egg there to get one to spawn.

Can you make a Fox sit?

You can't specifically make them sit like a wolf, so locking them to one place is pretty difficult. You can instead use a lead to keep them tethered to a fence if you don't want them going off to far. They will occasionally sit in general or while hooked up to the leash.

What do Foxes eat?

Foxes will only technically eat Sweet Berries. That is the food they are attracted to, so you will need to locate them in taiga biome where foxes spawn. Be careful around them, they have thorns and will damage you! They also slow you down if you run through a patch of them, so make sure to detour away from them if you're trying to escape something. Foxes will attack chickens if they are nearby, but they won't eat chicken meat if you try to give it to them.

What items do they hold?

Foxes have a low percentage chance to spawn while holding an item in their mouth! Here's a look at all of the possible items you can find: