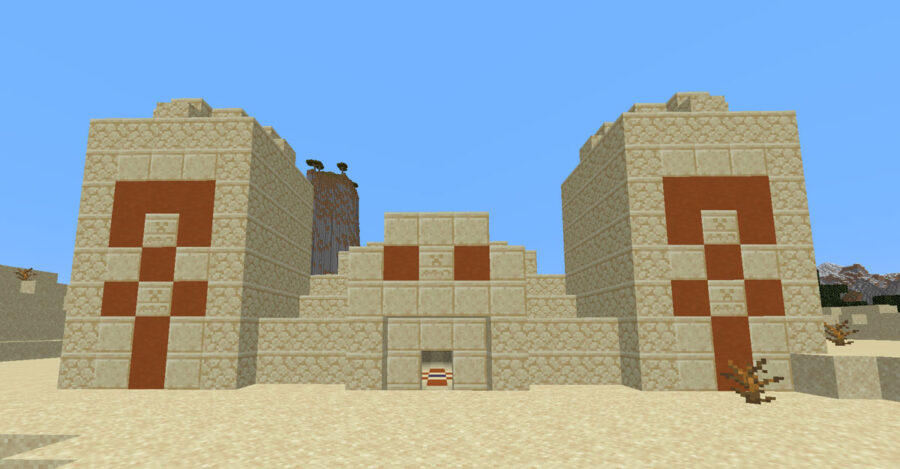 The head and dry air of the desert has a way of entrancing you, so it shouldn't be a surprise that you might find yourself wanting to see if you can survive in the wastelands filled with sand. There's some great fun to be had by challenging your ability to make your way in more extreme environments, so why not give it a try in Minecraft?

Here are the best desert seeds you can find in the game: 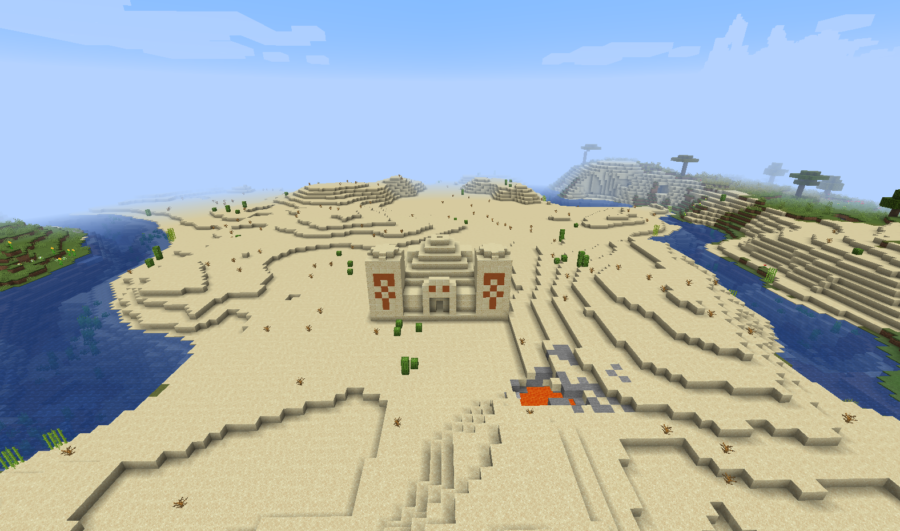 This seed does start you off in the jungle, however, there is a grand total of six temples in less than 1500 blocks away from you as you spawn! Along with villagers and some grand mountains. It's truly an amazing seed to get OP very quickly, as you can quickly acquire all that temple loot! 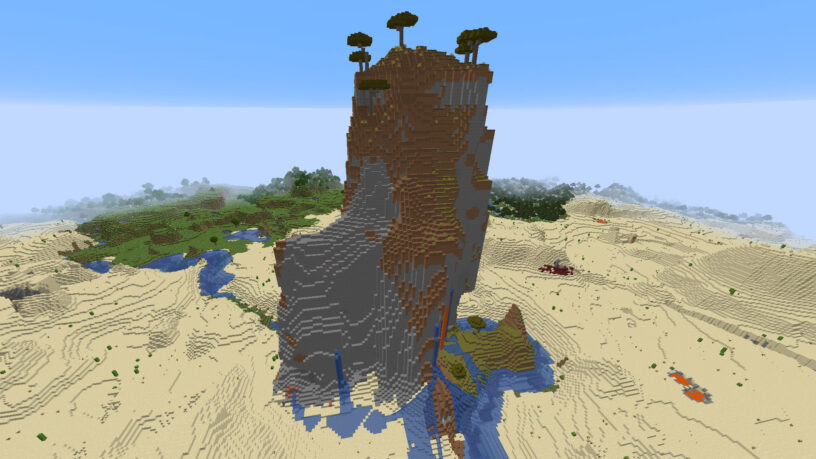 This seed starts off great because you spawn in a pretty rare jungle hills biome, but once you head out onto the desert you will find a massive surprise! There's a pretty enormous shattered hills savanna biome that stands atop a very large mountain. This could be the focal point of your build, or you could just build your base into it and turn it into a lair! You will also find a ruined portal nearby, and a pretty impressive mesa biome as well. The jungle also includes bamboo, so you might find yourself a panda or two, and there's even a temple to explore. You will find a couple of nearby desert villages to do some trade in, so there's almost everything you need in a short vacinity. 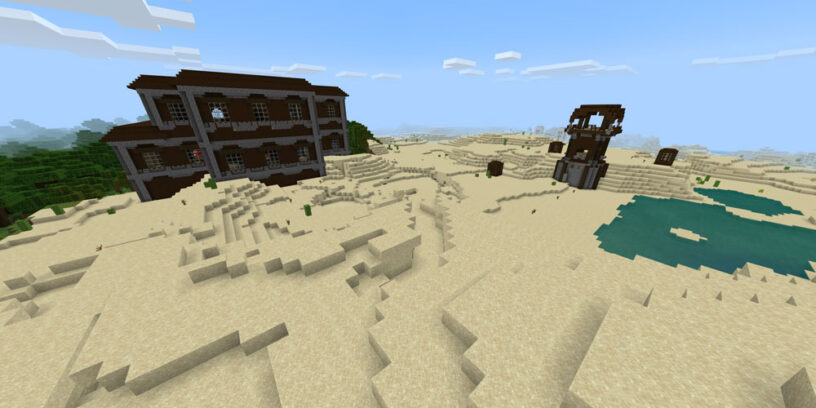 This isn't exactly at spawn, but it's worth the trip to find it! You spawn near a pretty large badlands/mesa area, so head through that towards the coordinates of the mansion. You'll likely run into a pretty huge ravine that's worth taking a look through for some resources. After that you won't too far from where you are looking to be! You should find yourself a huge mansion, villager outpost, and a nearby pyramid. You can also explore further into the desert and you'll come across a couple of villages. 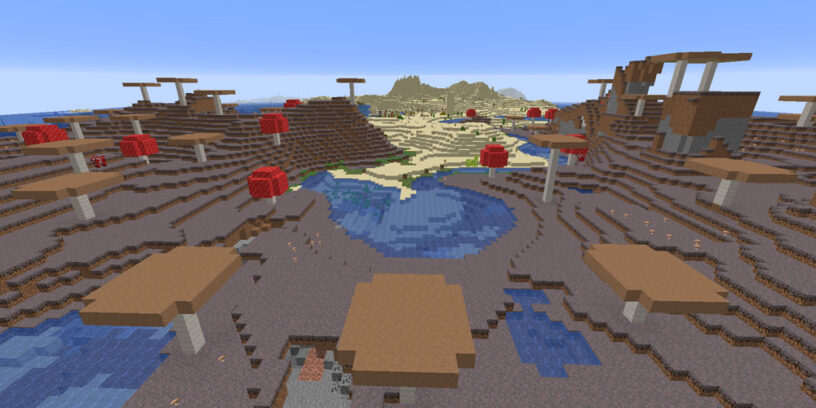 Really interesting seed because you spawn right in a mushroom fields biome that has rivers winding through it that leads directly into a large desert biome that has a village in it. This is a great spawn point, that has a lot of great things around it. There's a lot of shipwrecks in this area, I've listed a couple down below. If you go across the ocean you'll find a snow tundra biome with a village and a pillager outpost! 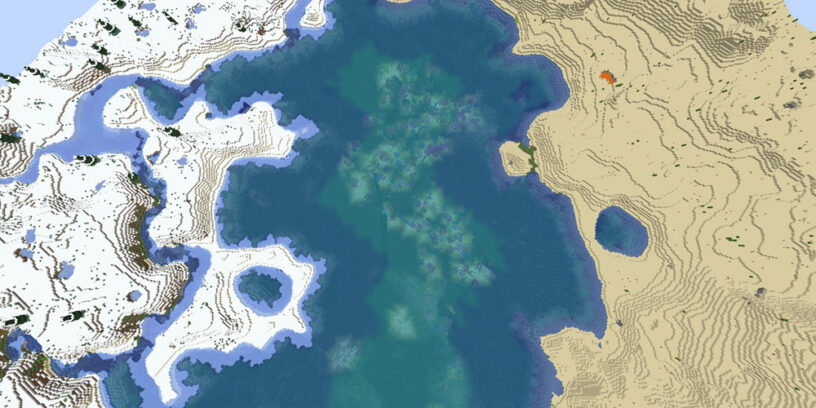 This is a really interesting seed because not only do you have a huge desert biome, but it's right near a large snowy mountains biome. In between these two biomes is a pretty large warm ocean with a bunch of coral for you to explore. There's a couple of villages right next to each other, as well as another one further out that has a shipwreck on land right near it! The snow area also has a village to visit as well. 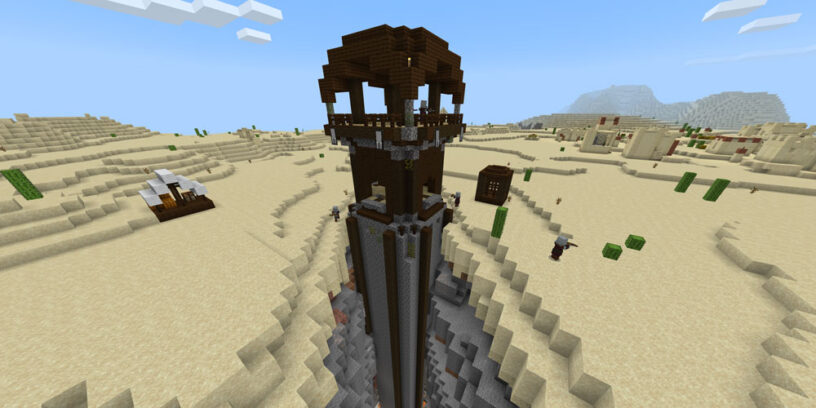 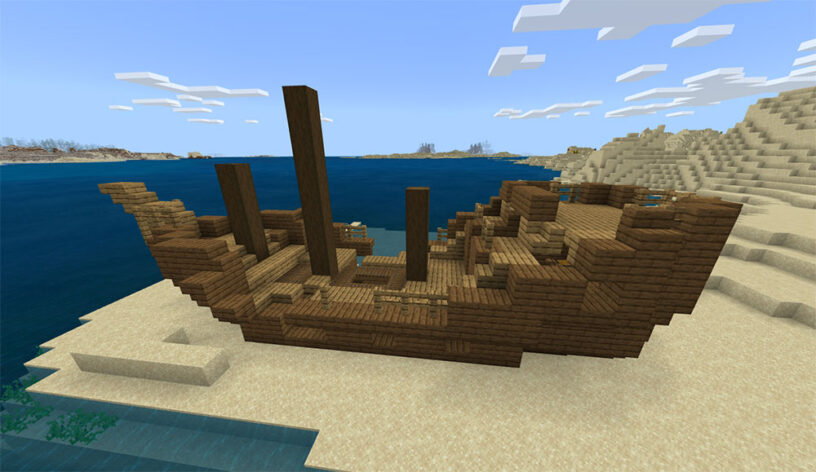 This seed has a lot to offer in terms of biomes, including coral, desert, ocean, and taiga. Also, it has some other great features like a large shipwreck that is on the surface that can be explored. It's also got a nearby desert village and temple, as well as a couple of different Pillager Outposts!

You'll notice some of the screenshots look a bit better than usual, and that's because I've got a Minecraft Shader equipped. If you want to find some awesome general seeds, then check out our Best Minecraft Seeds list!