If you're looking to explore the oceans and live among the fish then we've got a bunch of great Minecraft Coral Reef Seeds for you to check out! These are for both Bedrock and Java, so you should be able to find something you like on any platform. Making yourself an underwater sanctuary is a bit of a different challenge when it comes to the game, so it's worth giving a shot if you've done just about everything else!

If you want to teleport yourself to one of the locations I mention, just copy the numbers listed by the one you want to visit. Go into your game and into that seed, then in the command window just type in "/teleport @s " and paste the numbers! Once you hit enter, you should teleport to the location.

I've included the version of Minecraft that I used when I tested out the seed. It's still possible that the seed will work on a past or more recent version of the game! You just need to give it a try on whatever version you want to be playing on.

If you want to find some awesome general seeds, then check out our Best Minecraft Seeds list! 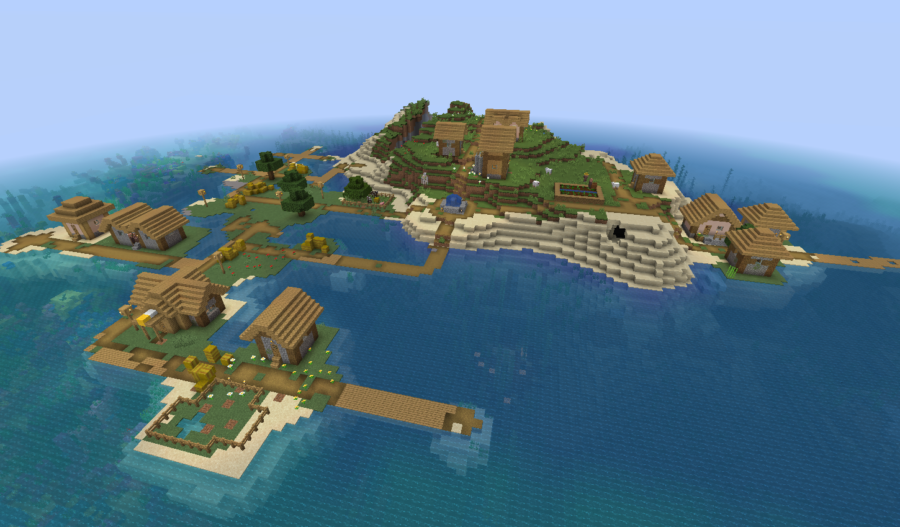 Credit: manngamania - Seed: -3831124650286037579 - Version: Java 1.16.4
If you ever wanted to be on an island with a village already thriving, then this seed is truly perfect for you! It's such an amazing beautiful seed from the get-go. Very akin to a tropical paradise. Surrounding this island is tons of smaller island, with plenty of shipwrecks and ocean ruins! Oh, did we forget to mention on the island is also a ruined portal? 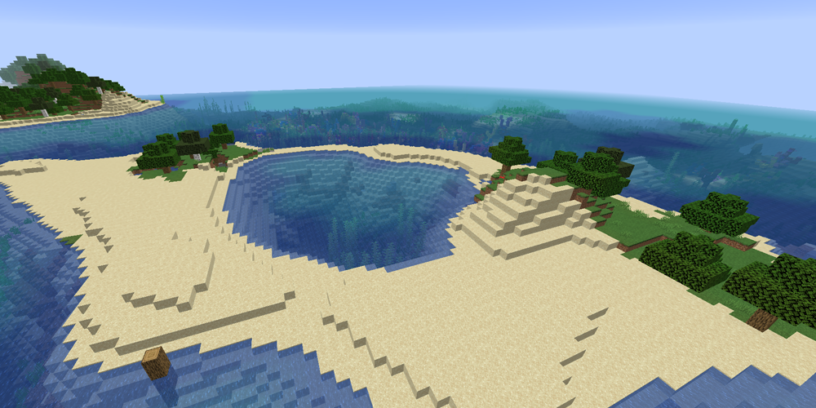 This is a really interesting island chain that features a great looking lagoon with some vegetation in it that would be great to build around. You don't spawn here initially, so you will need to make your way northwest to the location. On the way there you'll come across two different villages. You'll eventually get to the lagoon which has a huge coral reef to the north and eastern ocean. There's a ton of shipwrecks to explore if you're willing to travel around on a boat and explore the sea a bit! 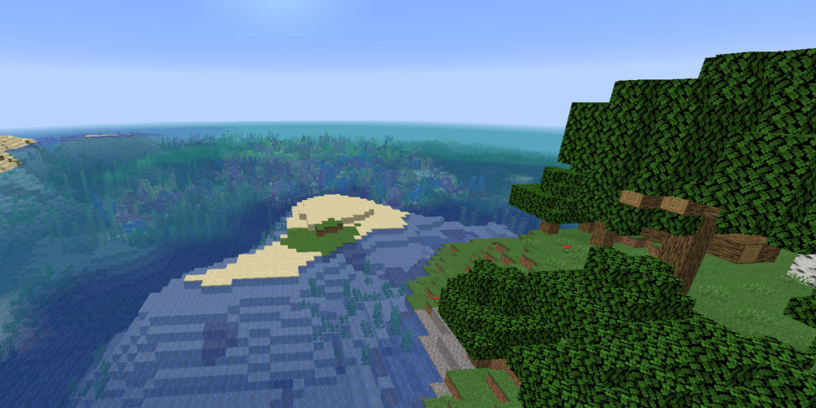 If you're looking for a huge coral reef then this would be a good seed to start out on! You've got about four islands in a small group right at spawn, and there's a couple of larger islands to the southeast. There's plenty of shipwrecks to explore, and if you head to mainlands you'll find a couple of villages and a swamp biome! 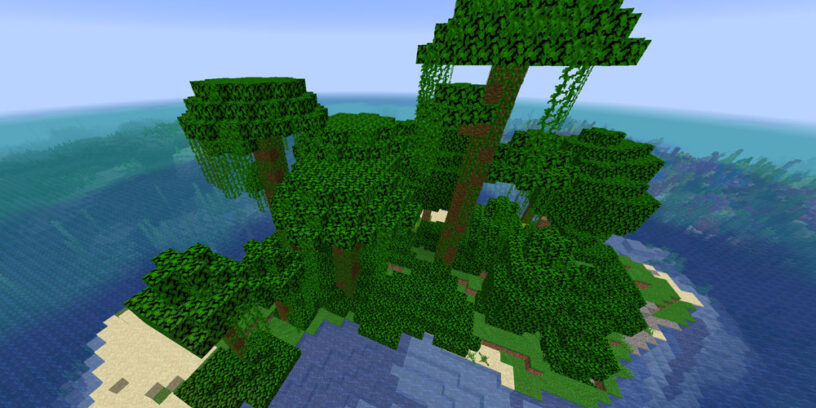 You spawn on a very secluded jungle biome island. You are surrounded by a huge coral reef that you have access to. There's also an Ocean Ruin right nearby with some Drowned spawns. There's quite a few shipwrecks in the surrounding area, you can also access a couple of large landmasses if you want to take a boat to explore some more of the seed. One of these landmasses has a village on it with a nearby cave that leads to a skeleton spawner! 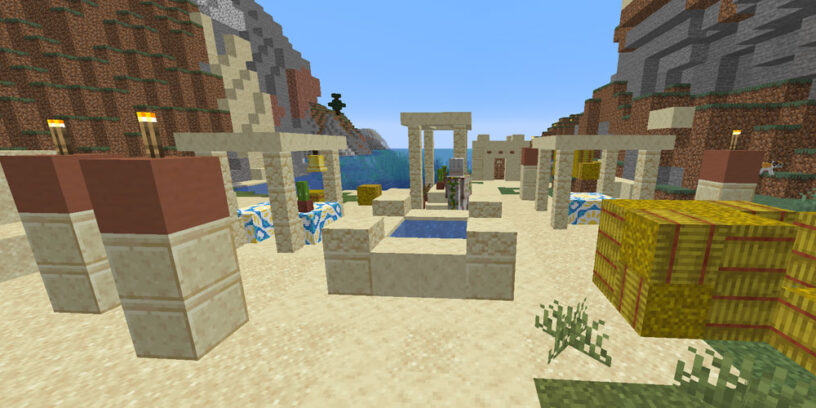 Where you spawn there's two large villages to explore, but this isn't the main attraction of this seed. There's a small desert village south of the spawn along with a pretty large coral reef to the west of it. There's so many villages in this seed, you can just run around and find them all over the place. The coral reef is kind of a lake because it's mostly surrounded by land, and all of this land features a majority of different biomes: Desert, Mountains, Forest, Swamp, Plains & Ocean! 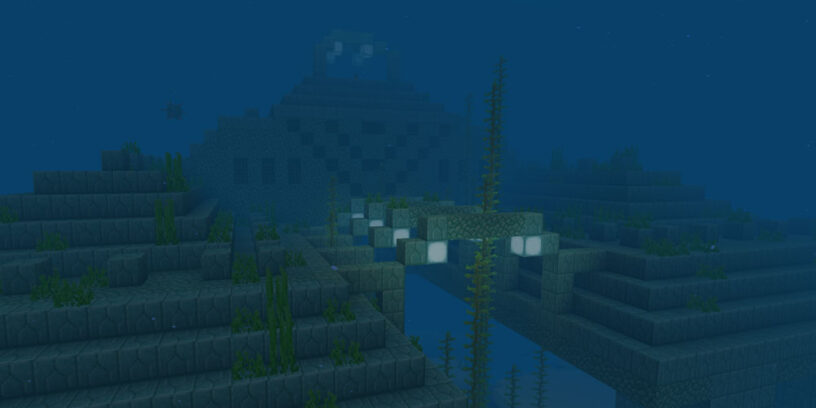 If you're looking for a tougher start, this seed starts you out on a small island with very little on it. You're surrounded by coral reefs, and there's an Ocean Monument very close to spawn. You aren't too far from resources though, you can find a couple of islands with trees and there's some larger landmasses. You can also find a village fairly close by that's listed down below! There's also a very large and awesome looking badlands biome that I recommend seeking out. 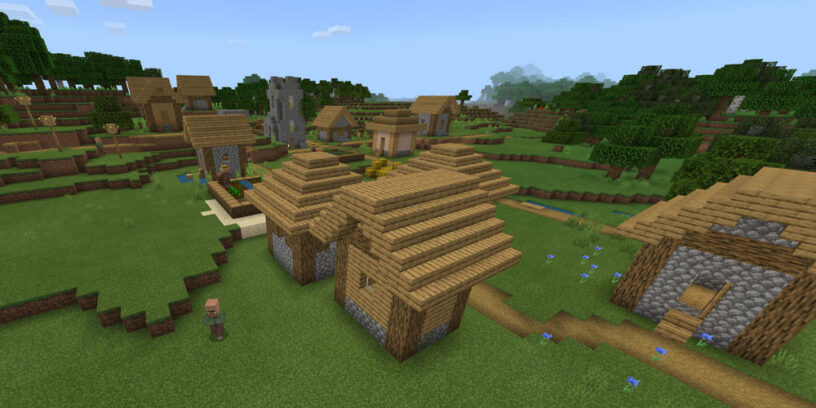 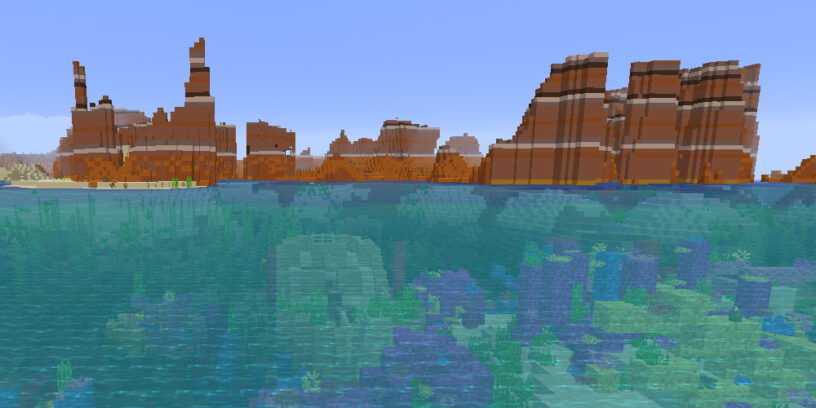 You will start out on an island that features quite a large coral reef surrounding it. Across the water you will also find a massive badlands/mesa biome you can explore. You'll find some shipwrecks as well as an ocean monument. Not only that, there's a spider spawner that shows up out in the open near a mine. I've never seen this happen before, and there's another spawner inside the mine pretty close to the first one. You can find quite a few mine entrances all over the mesa, so it's worth exploring around!