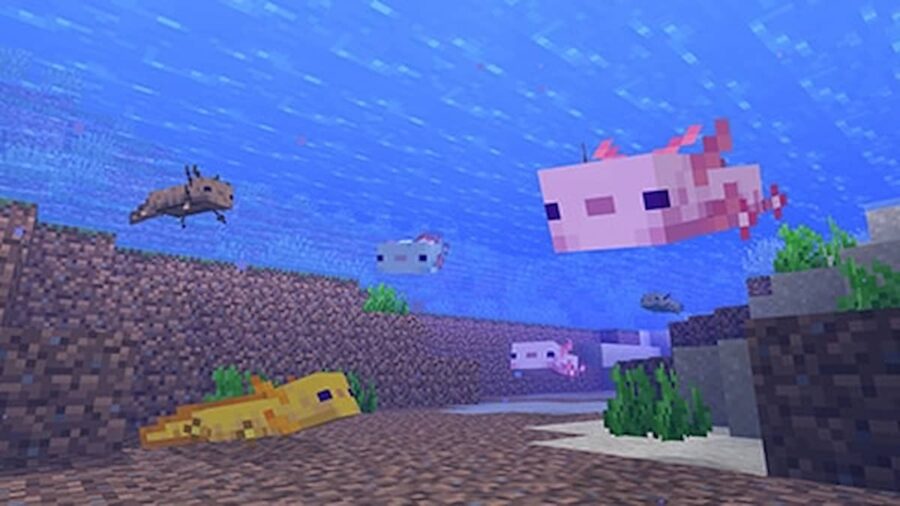 Like Goats and Glow Squids, the Axolotl was also added with the 1.17 update for Minecraft, and they can be quite tricky to find. When they were originally released, they could be found in underwater caves and deep parts of the ocean. As of the 1.18 update, however, their spawn locations are much more specific.

Axolotls now only spawn underwater in Lush Caves, which is one of the cave biomes brought to the game in 1.17. They generate far less often than other caves, but there are a few tricks you can use to find them.

Related: Where to Find Glow Berries in Minecraft

Once you get at least two Axolotls, you can then breed it using a Bucket of Tropical Fish to get more. As of now, those are the only ways to get Axolotls in the game!

For more on Minecraft, check out How to find Lush Caves in Minecraft and Where to Find a Dripleaf in Minecraft

Where to find Axolotls in Minecraft