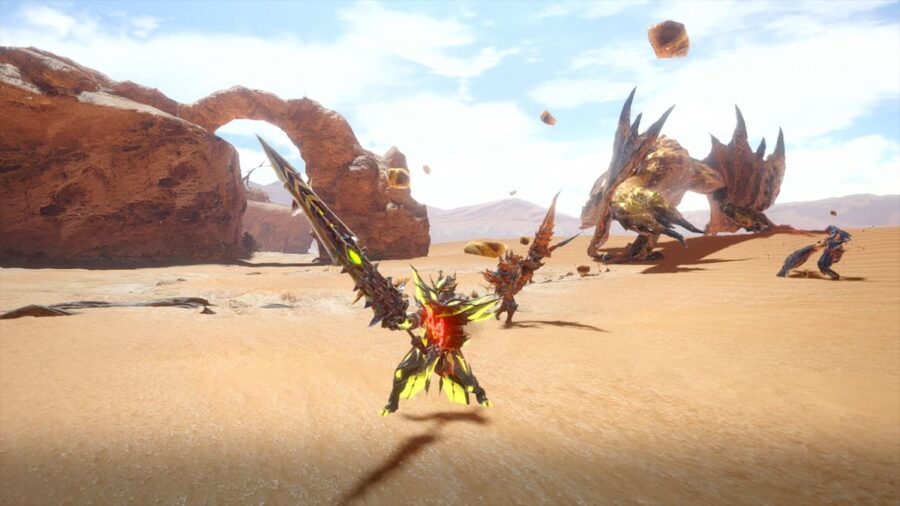 In Monster Hunter Rise: Sunbreak, the Bleed effect has gone through a few changes. This makes it a much more potent status effect and makes the need to get rid of it all the more pressing. Here are the Bleed changes in MHR Sunbreak and how to cure it.

In previous Monster Hunter games, Bleed was a status effect that slowly drained your health whenever you moved, attacked, or dodged. Because damage was dealt each time you moved or attacked, weapons with faster attack speed would deal more damage. Damage dealt by Bleed was recoverable through natural regeneration, but natural regeneration was stopped by Bleeding.

You can remove Bleed by crouching and standing still. After crouching for a short period of time, you’ll see the Bleed effect be removed. Additionally, as with past games, Bleed can be removed by consuming certain items. Well-Done Steak is one item that removes the bleed effect, but with it's long animation time to consume, it’s often better to attempt to crouch.

How to cure Bleed in MHR Sunbreak