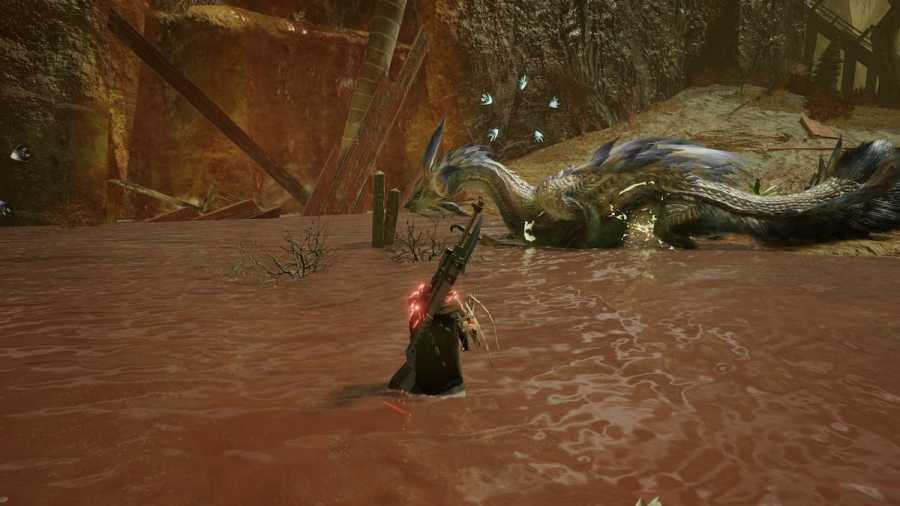 Violet Mizutsune is a subspecies of Mizutsune, a monster traditionally utilizing the Water element. However, Violet Mizutsune mostly forgoes the use of Water for Fire instead, making it quite a bit more difficult to defeat than its standard counterpart. Fortunately, we've got you covered. Here is a quick and dirty guide on how to deal with Violet Mizutsune in Monster Hunter Rise: Sunbreak.

As always, hunting any difficult monster in any Monster Hunter game requires some preparation. For Violet Mizutsune, we recommend having high Fire and moderate Water resistance before engaging it, though having solid raw Defense will still help in surviving its attacks. You'll also want to use an Ice weapon due to its extreme weakness to the ice element. Note that it is also weak to Thunder, but not massively so. Physically, its weak points are its head, neck, and dorsal fin. Both severing and blunt attacks work here, so feel free to go wild. Flashpods are always helpful for any hunt, but against this beast, you'll be thankful you have them with you.

Mizutsune are already well known for their swift mobility, but Violet Mizutsune are on another level entirely. It can move at such a rate that it can easily draw circles around you, making avoiding its numerous attacks quite hectic. On top of its mobility, its moveset is familiar to a normal Mizutsune but is taken to the extremes in every aspect. It combines these familiar attacks with lingering new ones designed to overwhelm your hunting party. Two moves to watch out for are its homing orbs and bubble nova.

Throughout the fight, Violet Mizutsune will conjure heated bubbles that float and linger around the battlefield. At any moment, often as soon as they are summoned, it can launch these orbs to any hunter on the field, dealing moderate fire damage and setting them ablaze. This attack is often used in conjunction with others, making it difficult to avoid. Watch your surroundings carefully while facing off against this monster.

This move is extremely dangerous but is easy to avoid. If you are outside the vortex radius, simply run away from Violet Mizutsune until it drops the bubble. If you're inside the vortex, sheath your weapon and dive away from the impact zone just before it lands. Be careful not to do this early or you will not have enough invulnerability frames to survive the impact. The radius of this attack is rather small, so it should not be difficult to avoid.

How to defeat Violet Mizutsune in Monster Hunter Rise: Sunbreak