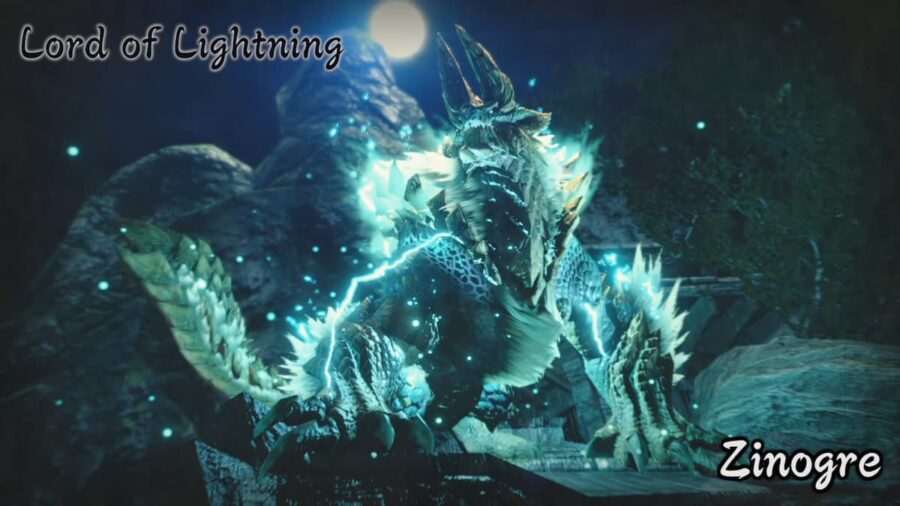 Monster Hunter Rise has an array of unique enemies for players to challenge in battle. These giant beasts each sport their special attacks, abilities, and shortcomings. The Fanged Wyvern, Zinogre is a unique encounter as well. This electric beast shocks all who oppose it, pouncing on those unprepared in battle. Make sure you don't end up as a snack fighting this beast by learning how it operates. You'll find each of Zinogre's weaknesses, resistances, and drop rates.

Zinorgre's main weakness is ice, so make sure to bring along a frosty weapon if you've got one in your catalog of gear. If you lack an ice weapon, bring along water weapons instead, as these are a viable second option, though noticeably weaker than ice. Fire weapons are an effective third weapon, though less effective than water. Dragon weapons should be your last resort, as they don't deal much elemental damage to Zinogre. Avoid using thunder weapons on Zinogre.

If you brought some ice, water, or fire elemental weapons for your fight with Zinogre, be sure to focus your attacks on its Back and Tail Tip for the most damage. Dragon weapons deal the same damage no matter where they hit Zinogre.

Zinogre isn't exceptionally weak to ailments, but Blast and Iceblight deal significant damage to this Fanged Wyvern. Do not use the Paralysis ailment on Zinogre. Zinogre's immunity makes this ailment ineffective. Poison, Stun, Sleep, Exhaust, Fireblight, Waterblight, and Thunderblight will eventually take their toll but are noticeably weaker than Blast and Iceblight.

Most monsters have breakable parts, and Zinogre is no different. Zinogre's Head, Foreleg, Torso, and Tail can all be broken with enough force. If you break these parts during the hunt, you will earn extra rewards after completing the quest.

The tables below are the percentage and drop rates of each material from Zinogre, Low and High rank.

Related: Where to find the King Rhino in Monster Hunter Rise