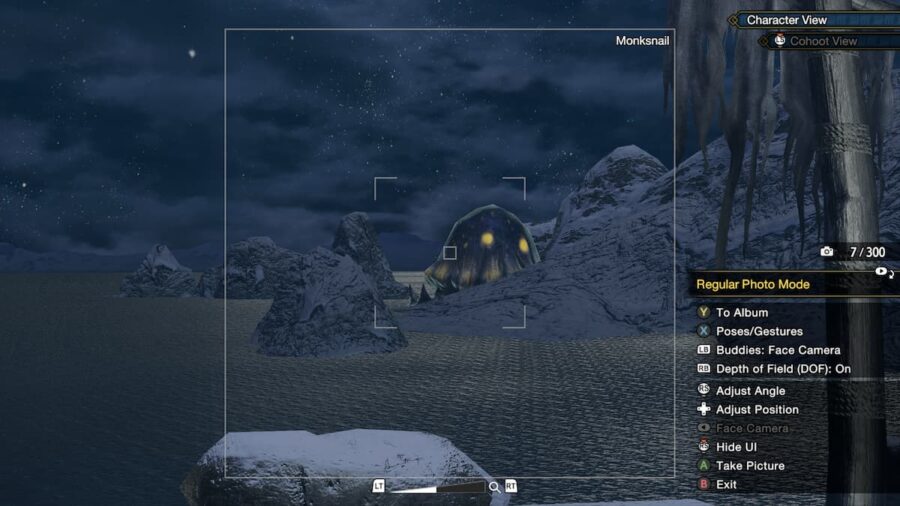 The people of Elgado are much like those in Kamura village or really any game. They want you to go on epic quests with vague instructions for curious rewards. Ah, such is life in Monster Hunter Rise and its Sunbreak expansion. In this particular instance, a sailor is requesting the heroic hunter take a picture of a giant they saw so their sanity can be proven. The giant is a Monksnail and you're tasked with taking a photo of one.

The fabled and mythical Monksnail can be found in the Frost Islands. Specifically, it can be found in an HR (High Rank) expedition during the night. Head to zone eight and use the wire bug to zip up to the derelict ship. Look out over the water and you should spot the Monksnail moving slowly from left to right across the sea.

The hardest part of this quest is simply knowing where to go. But now that you do, it should only take a couple of minutes to complete. With that in the bag, you can now show off your fancy new Monksnail headgear! Great work, hunter! Now that you've been bitten by the photography bug, be on the lookout for other NPCs wanting you to snap photos of the many creatures that inhabit this world.

MHR Sunbreak Monksnail Location – How to Find a Monksnail to photograph