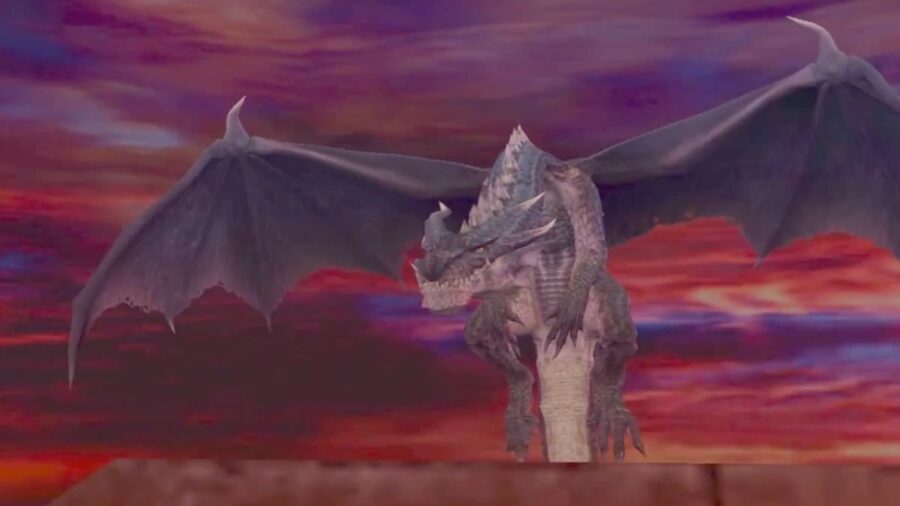 Monster Hunter is a long-running franchise with dozens of games and hundreds of individual monsters that have made up the various enemies across each interaction. There’s been easy fights, tough fights, and borderline impossible fights in each generation. But which are the strongest monsters in every Monster Hunter Game? We’ve listed our pick of the Strongest Monster in every Monster Hunter game from the first to the last.

Note: Only the western released titles of each generation are listed here. In some cases, this means monsters are omitted or added to the release.

The first big bad of Monster Hunter, Fatalis remains one of the strongest monsters in the entire game even now. Every time it appears in a modern title, it brings the pain. But back in the unforgiving days of the first Monster Hunter, there was little to no chance of defeating this monster without carting multiple times. A true final boss to try and defeat at your own risk.

A ramped-up and more aggressive version of its “normal” counterpart, Crimson Fatalis is as dangerous as the lava-filled areas it loves to inhabit. This creature is constantly enraged, making it all the harder to fight.

Bet you’re starting to see a pattern here. A Fatalis once again tops the list of strongest monsters in Monster Hunter Freedom 2, mainly because of its incredible abilities. Sometimes known as Old Fatalis, this monster calls forth red lightning storms that can devastate unprepared hunters.

Well, look who’s back. Crimson Fatalis was the dominant monster of the entire second generation of Monster Hunter. And while Lao-Shan Lung, and Yama Tsukami attempted to take the top spot, they’re really nothing compared to the OG White Fatalis.

This elementally unstable monster is the big bad of Monster Hunter 3 and Tri. The fight is reminiscent of White Fatalis, with its Thunder Attack. Worst of all, Alatreon is able to use the abilities of all True Elder Dragons, meaning it can use attacks from Kushala Daora, Chameleos, Lunastra, and Teostra. This means it’s one of the most devastating monsters to fight in the entire series. In Monster Hunter 3 Ultimate, Alatreon is even more difficult, and rightfully takes its place as the strongest monster in generation three as a whole

Even with a roster filled with the likes of Fatalis, Stygian Zinogre, and Shagura Magala, this monster tops the table in Monster Hunter 4 Ultimate. Dalamadur, and its variant, Sha Dalamadur are huge monsters that are so vast that it lives on an entire mountain. This monster uses mountain boulders like meteors and strikes you down from miles away. A terrifying foe to face in any game, but especially in MH4U.

Featuring bizarre pollen scales, magic heat-vision, and inducing its enemies to enter a frenzied state, Gore Magala is not a monster to mess with. On top of this, Gore Magala is such a strange monster that its attacks seem unsettling and hard to dodge. This fight will see you pushed to the limit as it attempts to devour you. A strange and alien monster that’s strong as it is weird.

In possibly the greatest boss fight in all of Monster Hunter, Ahtal-Ka is a strange fight that initially pits you against a seemingly underwhelming bug monster. But Ahtal-Ka begins to spin its webs, and suddenly you’re fighting a huge mechanical creature puppeted by the actual Ahtal-Ka. And just when you think you’ve knocked down the huge monster-mech, the hardest stage yet starts. Ahtal-Ka assaults you with the Wheel on its back, in one of the most difficult fights in the series. It's an incredible fight to end a generation.

The big boss at the end of Monster Hunter World, Xeno’Jiiva’s pure size and power are what make it the strongest in this game. There’s really nothing else in MHW that comes close to the scale of Xeno’jiiva, and only the post-game and expansion really matched it. While refights can be much easier, there’s nothing better than that first fight with Xeno’jiiva where it’s make-or-break against the strongest monster in the game.

Even with the inclusion of Alatreon, Fatalis, and Ruiner Nergigante, it’s Safi’jiiva, the elder form of Xeno’jiiva, that is the strongest of the monsters in Iceborne. Gone are the squidgy soft parts of Xeno’jiiva, and now it’s all business. Able to use its flame abilities to pinpoint accuracy, this creature can blast you away with its energy beams or explode you where you stand.

Valastrax was almost the strongest monster in each of the generation four games it appeared in. But in Rise, it really doesn’t have any competition. This fiery monster is seemingly stronger than Thunder Serpent Narwa, and is dangerous for its ambush tactics. Imagine a Deviljho that can fly and spew deadly dragonblight on you in an instant.

Monster Hunter Rise: Sunbreak released on June 31, and has a huge roadmap of new monsters to be added in the next few months. Only when all the monsters have been released will we know the strongest.