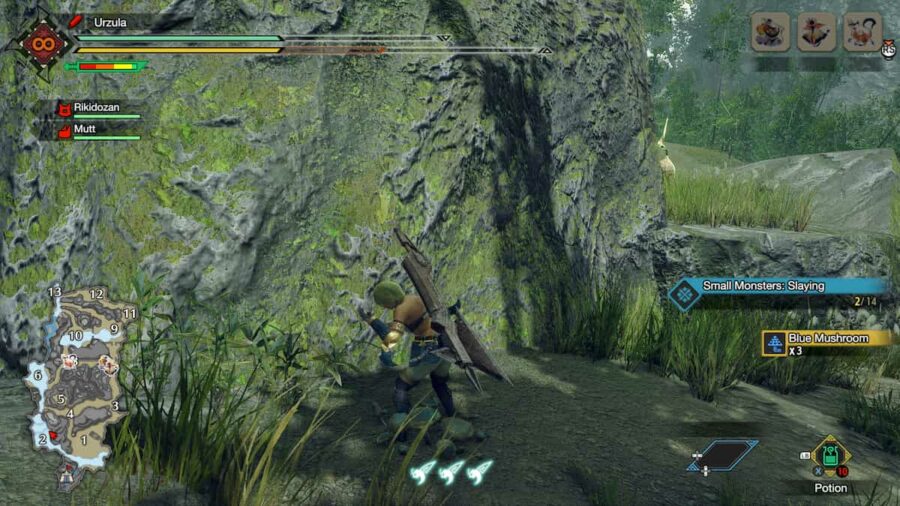 Where to find Prized Mushrooms in MH Sunbreak

The best method of farming Prized Mushrooms is to embark on an Expedition Tour of the Jungle Area. Additionally, you should stock up on Bunny Dango that increases your gathering rate prior to the trip, and otherwise equip any equipment that boosts gathering rates.

The optimal farming route for Prized Mushrooms is as follows. Departing from your main camp, head to Area 5 and immediately scale the walls to head up to Area 6 and Area 8. From there, you’ll be doing a long circle around the upper areas of the Jungle Map, stopping at the six Mushroom Colony locations around it.

Once you have all six, drop down into the corridor between Area 9 and Area 3 to find the seventh Mushroom Colony, before dashing across the water to Area 10 and the final Mushroom Colony. Then fast travel back to the camp and restart your route. You should be able to farm around three or four prized mushrooms in a lap.

Again, Prized Mushrooms aren’t actually an ingredient in anything for crafting, but rather an account item that generates points. However, as mentioned, they’re one of the best ways to quickly farm points if you’re running low.

Where to find Prized Mushrooms in Monster Hunter Rise Sunbreak