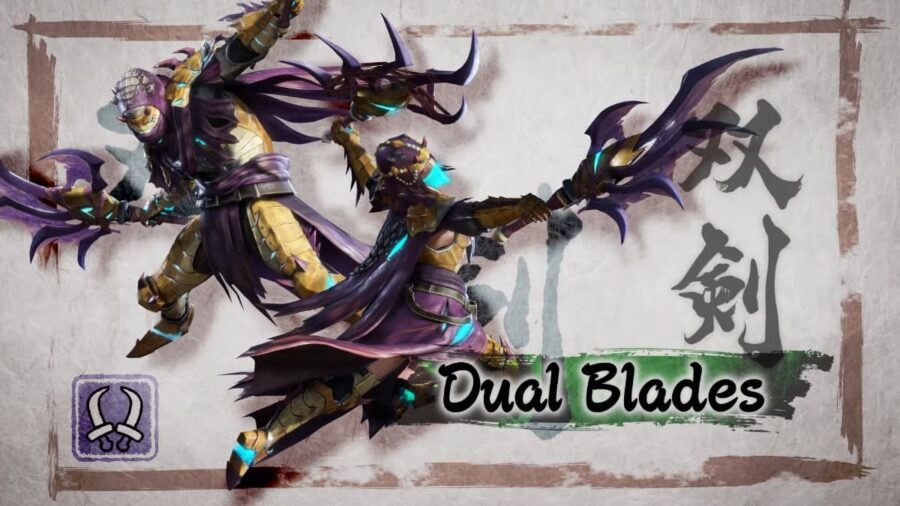 There are many weapons for each weapon class in Monster Hunter Rise Sunbreak, as well as a plethora of armor, each with different skills. Ultimately, feeling confused and bewildered about crafting is understandable. Should you wait until you start fighting higher Master-Ranked monsters to get better weapons, or should you make everything and hope for the best? Use this Dual Blade progression guide to help you advance through the Master Ranks of the MHR Sunbreak expansion and prepare for all that comes your way.

When you enter Sunbreak, your High-Rank weapons and armor can get you through the first few Master Rank ranks but with general hardship, so upgrading as soon as possible is advisable. Monster's health and damage quickly skyrocket from manageable to potentially fainting in a few blows. You do not need to have the best Dual Blade sets, such as a full Dragonheart Valstrax set, before entering Sunbreak. Yet it's recommended to acquire high-end game equipment beforehand and have five sets, one for each element.

Like entering High Rank from Low Rank, all Master Rank equipment is superior to its High Rank counterparts. So it's advised to aim for this specific armor set and five different Dual Blades to slay monsters and get through the ranks quickly.

Here are the monsters you'll be fighting to get these weapons. But most of these you can get from gathering.

This armor set focuses on landing critical hits and raising attack power. It has the Decoration slots to allow you to add some other skills that will boost the damage of your critical hits. Some of this armor you won't get until Master Rank 3 but craft the equipment you can.

Here are the monsters you'll be fighting to get to craft this armor. But most of these you can get from gathering.

Decorations are something you should aim to get over some time, as these require some of the rarest materials to find from a monster.

You need five loadouts of the same armor, each with a different element attack decoration, as Dual Blade is an element-focused weapon.

As you enter Master Rank 4 quests and beyond, you'll again be upgrading some of your old High Rank weaponry as you start seeing familiar faces in Master Rank.

Here are the monsters you'll be carving to get these weapons.

This armor set focuses on getting the skills Critical Element, Critical Boost, and Chain Crit. All these are essential for a fantastic Dual Blades build.

Here are the monsters you'll be carving to get to craft this armor.

Your decorations are mostly the same, but you're getting rid of Speed Sharpening for Critical Element. This is because of a new Switch Skill move called Ironshine Silk, which restores sharpness when I-frames (invincibility frames) occur. When partnered with Demon Flight, it's a perfect combination, as you'll rarely have to use your whetstone again.

Now, this is where things start getting interesting, as every elemental weapon has its own set of armor. There is no one armor for all five elements like it was in Master Rank 1 to 5. Each loadout will have a few uniform pieces, which make things easier.

These armor sets focus on boosting the damage of critical hits but also have the new skill Chain Crit, which increases damage with consecutive hits.

Are you ready to burn your foes to a crisp? Oddly enough, the best flame blades out there are from Magma Almudron. Not from Rathalos this time!

Mizutsune's crown has been cast asunder and placed on the tail of Almudron, who now has the best water Dual Blades in Sunbreak.

Here comes the thunder Narwa, the Allmother reigns supreme! Even though Astalos is the newcomer, the green thunder cannot bring down one of the final bosses in the base game. Narwa was already tough as nails, so prepare for a harder fight in Master Rank.

Ice to see you! Kushala Daora takes on Goss Harag for the icy throne and wins. With these aesthetically pleasing Dual Blades on your back, all monsters will quake in fear.

And there we have it, the progression guide for Dual Blades for the entirety of Sunbreak. These may change upon new monsters coming in the future to Sunbreak, but up until then. You'll be saying monsters with ease in Monster Hunter Rise Sunbreak.