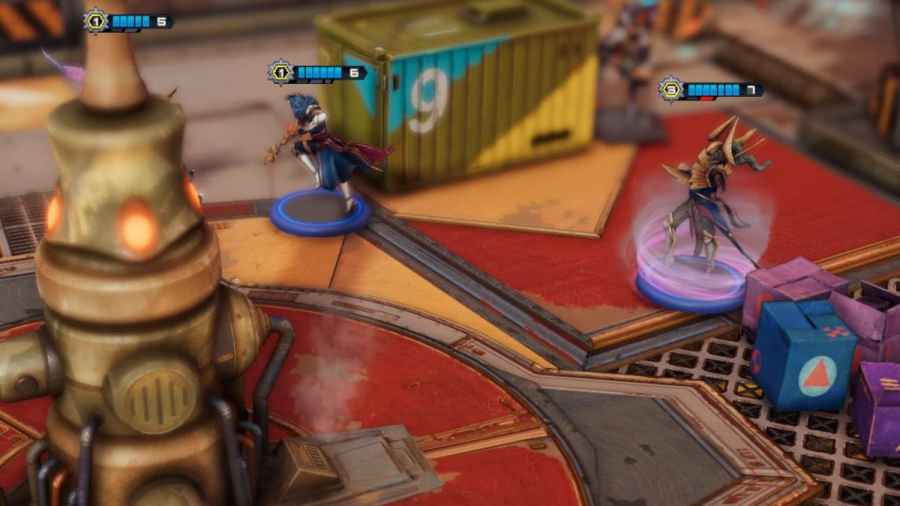 Moonbreaker combines strategic tabletop gameplay with the ease of digital gaming. You build a roster of one captain and nine units to form your army. With many different units and types, you may be wondering what Moonbreaker's best melee units are.

All Moonbreaker Melee Units by tier

Offensive units are typically broken down into ranged and melee, with the latter needing to get close to inflict damage. Melee units are great because they force your opponent's ranged units to retreat and counterattack when struck with a melee attack. Here are our recommendations for the best melee units in Moonbreaker.

Crankbait may deal low damage, but its ability to pull enemy units in or help slower melee units approach makes it a fantastic unit to add to your roster. It also has high survivability with nine health and a relatively low cost of three Cinder. This lets you get Crankbait out early and see it stay on the board for a while.

Tipu has the potential to be one of the strongest units in the game if it can get off enough attacks. It starts off dealing three damage, but this increases with each attack that it lands with no cap. It also restores one hit point for each attack, giving it survivability. It does have a somewhat high cost of four Cinder, but the pros outweigh this con.

Torian Guardian is a phenomenal unit, especially when paired with another unit. This is due to its ability to provide it and the closest ally a buff, making them harder to hit. This lets Torian Guardian and another unit advance with additional safety. It also has high health of nine and deals three damage a strike.

Toxoid is one of the few units with the Airborne perk, letting it fly over cover. This lets Toxoid approach unopposed by the layout of the arena. Additionally, it has Poison which reduces an opposing crew to one health on a hit and regains a hit point each turn. Unfortunately, it has a low health pool but can be a menace if deployed correctly.