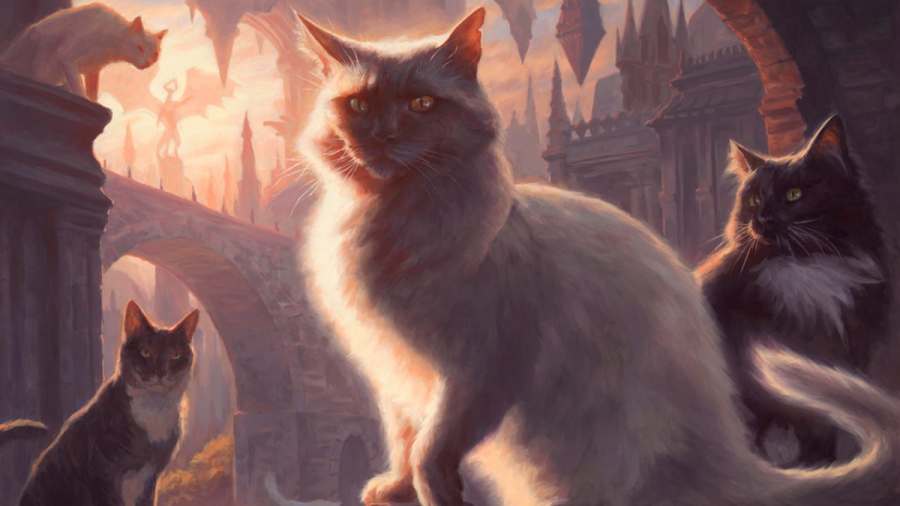 Deckbuilding can be a tedious process, especially if you are new to MTG Arena. Some decks require lands, creatures, enchantments, instants, and artifacts, and it's hard to guess what should be included in your deck without a template. However, tribal decks are one of the simplest decks to build. This style of deck focuses on one creature type, including cards to buff that exclusive creature type. Here are the best tribal decks in MTG Arena.

This deck relies on powerhouse cards like Feline Sovereign and King of the Pride to buff other cats, creating an unstoppable cat army. In this deck, your primary legendary creatures will be Rin and Seri, Inseparable, along with Jetmir, Nexus of Revels. These creatures help you scale quickly, becoming a force of nature after a couple rounds.

This deck is all about constant aggression. Every chance you can attack, you should attack. This deck is powerful due to its low-cost, oppressive goblin creatures. Although the goblins themselves are scary enough, cards like Goblin Warchief buff all other goblin creatures on the board. This deck is made to win fast and win hard, so don't be afraid to throw your creatures at the enemy, even if a few of them are eliminated in the process.

This deck is all about putting tons of soldiers onto the board and buffing them as a whole. When using this deck, your goal is creating and summoning as many soldiers as possible, through cards like Siege Veteran and Kayla's Reconstruction. Your main powerhouses in this deck are Adeline, Resplendent Cathar as well as Valiant Veteran.