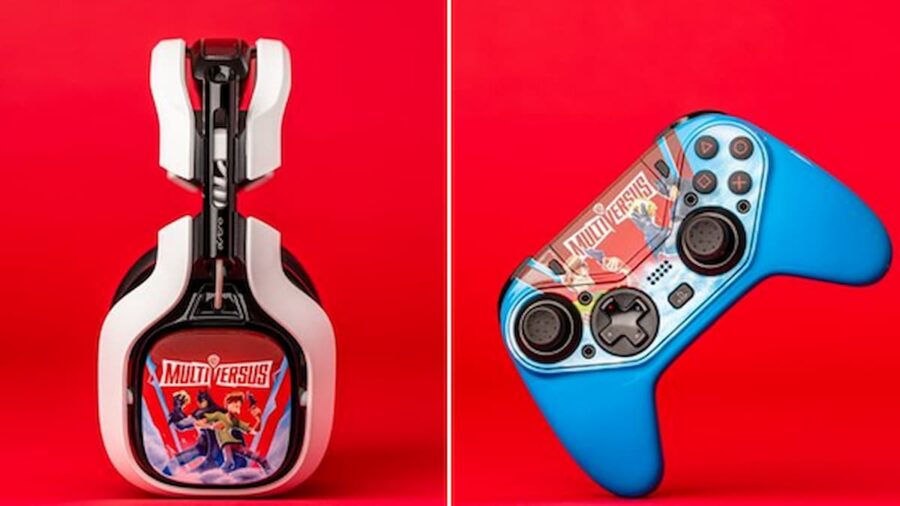 Image via Astro Gaming and Logitech

With MultiVersus' EVO Tournament quickly approaching, fans have been getting excited to see pros in action. To further the hype for the tournament, Astro and Logitech have partnered up and revealed custom MultiVersus headsets and controllers, which will be given as prizes to the top three spots at EVO.

The official Astro Gaming Twitter states, "Top 3 will be awarded a custom #multiversus headset and controller at the end of the #MVSEVO tournament taking place this Friday and Saturday." This means that six lucky, or rather extremely skilled, players will take home a special headset and controller featuring a MultiVersus design.

Related: Will Gandalf be in MultiVersus?

Unfortunately, there is no news on whether these designs will be released to the public. This means that only six of these headsets and controllers will be released, making them extremely limited and rare. You can follow the official Astro Gaming, Logitech Esports, or MultiVersus Twitters to stay updated on a public release.

MultiVersus' EVO Tournament is scheduled for August 5, 2022, through August 6, 2022, meaning there isn't long until fans get to witness exceptional 2v2 gameplay. Follow the tournament to see who gets to take home these limited controllers.

For more information on MultiVersus, check out How to unlock Ranked Mode in MultiVersus and Does MultiVersus have voice chat or game chat? on Pro Game Guides.