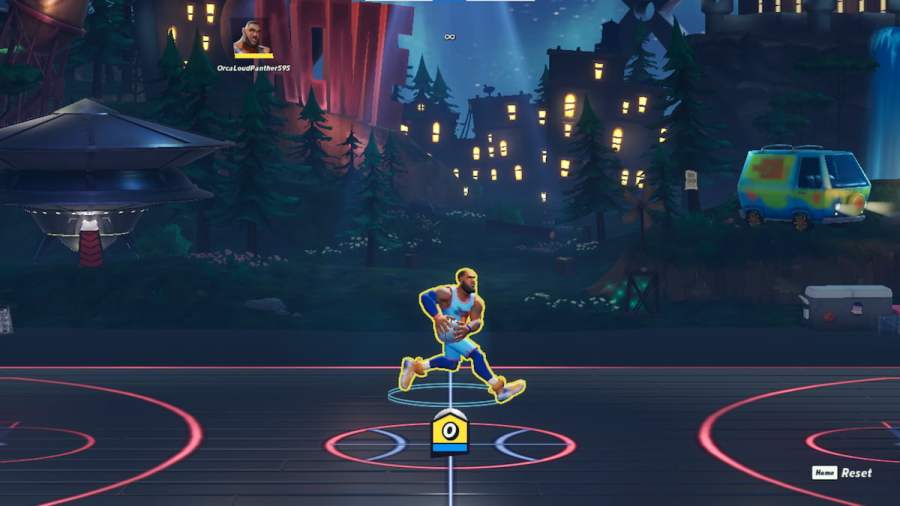 MultiVersus sees plenty of interesting characters battling with figures from wildly different franchises. These conflicts can't happen without an appropriate arena, so the game has a selection of unique stages. Now, finally, mankind can know what would happen if Batman and Arya Stark settled their differences on the basketball court.

How do you play the Space Jam stage in MultiVersus?

Space Jam Court is a new experimental stage recently added to MultiVersus. Players in online matches can't pick their stage of choice, but if a player would like to get straight onto the new stage, they can head to the lab or set up a local match.

Related: MultiVersus – How to Hold Down and Left to Rotate

The Space Jam Court works a bit like the Scooby-Doo Haunted Mansion stage already introduced to the game. The stage features barriers on either side that prevent a horizontal ring, but they disappear after enough things crash into them. Players can be launched off the stage vertically, but there aren't any high platforms to play off of. This is a flat plane with two walls, so this stage will likely allow for some long matches.

Best strategy for the Space Jam stage in MultiVersus

Along with the barriers, Space Jam Court features another unique feature. A counter consistently ticks down on the massive scoreboard in the center of the stage. When that clock hits zero, one of two things will happen. A power-up will spawn below the board, or a basketball will drop onto the floor below.

Two power-ups can spawn. One resembles muscles and increases damage dealt, while the other is a pair of upward arrows, increasing jump height. The basketball is just a basketball, it can be thrown at the enemy to deal damage.

The hoops on either side of the stage aren't platforms. They work like the Batmobiles in the Batcave stage in that they will send an opponent violently bouncing back if they collide with them. Players can also shoot a basketball into either hoop to play a fun sound and celebratory lights.

Players can survive a lot of damage at this stage as long as those barriers stay alive. With that in mind, players must keep an eye on that timer and try to pick up the power-ups whenever possible. The walls don't take too much to be beaten down, but the two hoops can allow a player to survive a lot of horizontal blows. Your best bet is to try eliminating the foe with huge vertical damage and consistently steer yourself into the walls.

Best main for the Space Jam stage in MultiVersus

Given the substantial bonus to survivability offered by the walls and hoops, Assassin characters are a good investment for this stage. They tend to be glass cannons, but since they'll get a few extra chances, they'll pay off more often than not.

Players will want a character that can kill with vertical damage, so Harley Quinn is an extremely strong choice for this stage. Alternatively, Lebron is a strong choice for his own home court. His projectile basketball has weight, so he can knock down that wall fast and send his foe to the bench.

Characters who rely on retrieving their allies from off-stage or guarding the edge, like Reindog or Wonder Woman, are at a disadvantage. They can still play ball, but they won't be able to use some of their best tools.

For more information on MultiVersus, check out MultiVersus Mature Language Setting – What does it do? and How to change your age in MultiVersus on Pro Game Guides.