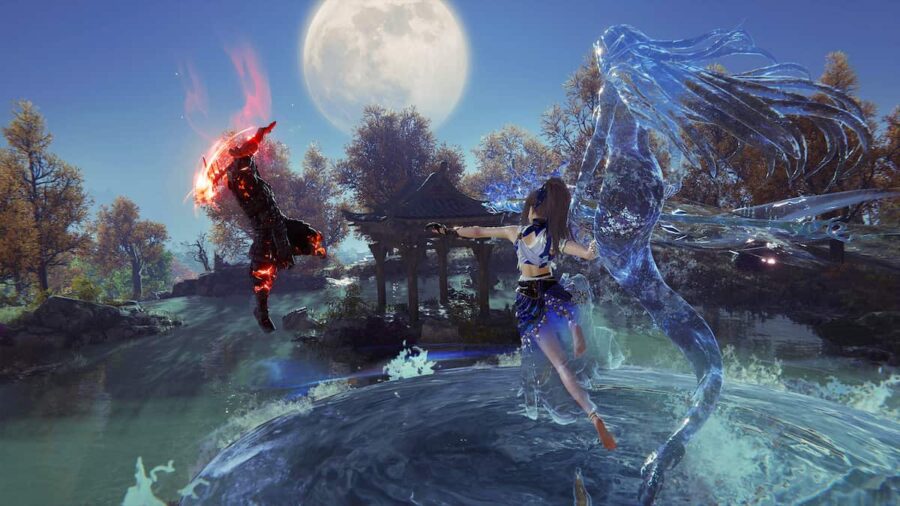 Developer 24 Entertainment is partnering with Microsoft to bring Naraka: Bladepoint to consoles. During the Xbox Games Showcase Extended, Ray Kuan, a producer working for publisher NetEase Games Montreal, announced that the game would be coming to Xbox Game Pass. Naraka: Bladepoint will be available for free to all Xbox Game Pass subscribers, and the game will soon be available on consoles.

When is Naraka: Bladepoint coming to Xbox?

Naraka: Bladepoint will come to Xbox, Xbox Game Pass, and Windows Store on June 23. The Twin Blades weapon and all of its abilities will release with the Xbox and Xbox Game Pass editions.

Related: Is Valheim coming to consoles?

Is Naraka: Bladepoint coming to Xbox One?

According to Kuan, an Xbox One version of the game is coming later in 2022. So anyone who has yet to upgrade to the current console generation can still enjoy the game.

When is Naraka: Bladepoint coming to PlayStation?

Kuan did not mention working with Sony and specifically mentioned working with Microsoft. It may be because the showcase was dedicated to Microsoft, or it may also be because there won't be a PlayStation edition. If any news is revealed about a possible release for Sony consoles, we will update this guide to let you know.

For more games shown during the Xbox showcase, check out 6 biggest announcements from the 2022 Xbox & Bethesda Games Showcase or What is Minecraft Legends? – Release date, Platforms, & more here on Pro Game Guides!

Is Naraka: Bladepoint coming to consoles?