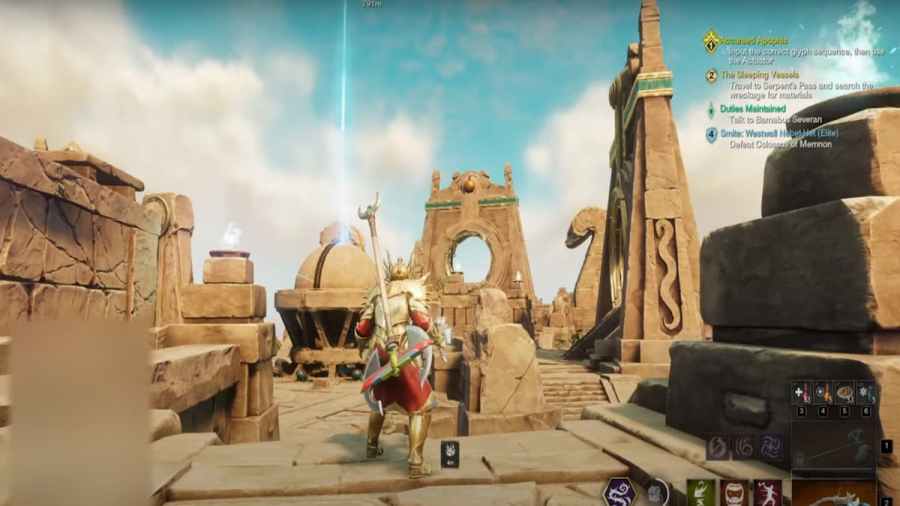 The Brimstone Sands offers plenty of new content for New World players. Aside from being beautiful to look at, this new area features plenty of quests and rare collectibles. As players go about finding new shrines and collecting Golden Scarabs, they may arrive at the Accursed Apophis wondering what to do. Thankfully, this is one of the easier puzzles to complete and should take gamers no time.

Which are the correct runes for the Accursed Apophis puzzle?

It's rather easy to spot the Accursed Apophis since it is home to a strange sphere that emits a blue light into the sky (rather like the Tesseract in The Avengers film). To the side of this sphere are two levers with little instruction on what to do with them.

A new rune will be shown on its display whenever a player interacts with one of the levers. The goal for players with this puzzle is to get the correct combination of runs to show up on each lever to unlock the obelisk, which can be found in front of the strange sphere.

Related: All bosses in New World

The correct combination of runes is as follows:

Once these runes have been brought up, the obelisk (which is referred to as the Toggle Actuator in-game) will become interactable, and the puzzle will have been solved!