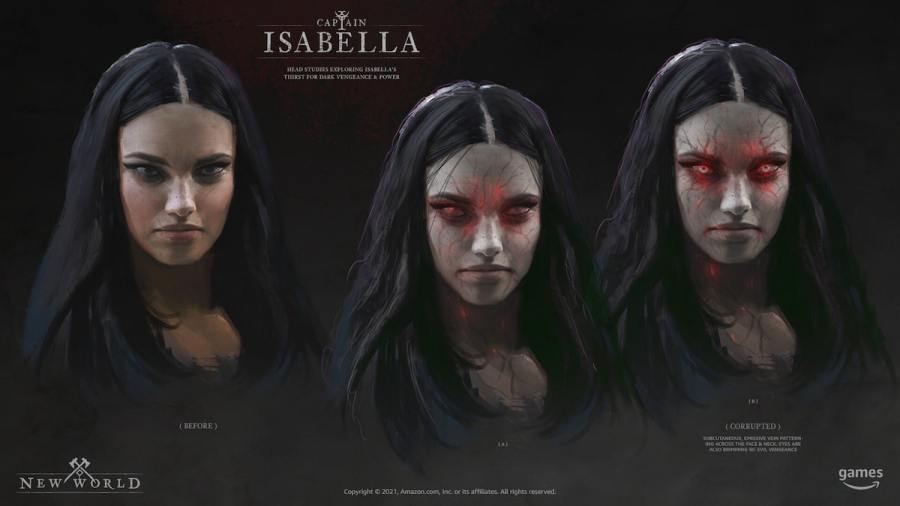 There are a total of 12 main bosses within New World that provide a distinct challenge to players. Each of these bosses can be found in dungeons or during expeditions. In all, there is, Foreman Nakashima, Simon Grey, Alectos the Relentless, Greundgul the Regent, Archdeacon Azamela, Commander Thorpe, Isabella's Pets, Zhou Taiying, Alluvium Marl the Caretaker, the Blighted Greenskeeper, Cilla, and Chardis.

To find Alectos the Relentless head to the Shattered Obelisk in the Starstone Barrows Expedition. This level 35 boss can be dangerous if players don't think through a good plan prior to entering the area. While the player can see him from a distance, there are other enemies in the nearby area and he will summon more.

Players can find this level 66 boss in the Garden of Genesis Expedition. He should be fairly easy to spot as he works on the land around him. However, once close enough, Alluvium will scream twice to announce he has been aggroed.

This level 46 boss can be found during The Depths Expedition. Azamela can be found at The Core of the dungeon. Players should make sure they prepare before entering the arena, as this is when Azamela will show up.

Players can find the level 66 Greenskeeper during the Garden of Genesis Expedition. She can be found in the Blighted Heart of Genesis. She will be hiding underground within the arena, so players can end up locked outside of the arena if they are straying too far from the rest of their party.

Chardis is a level 66 boss that can be found during the Lazarus Instrumentality Expedition. This is a gigantic construct that can telekinetically detach his limbs so that they can move to nearly any spot within the arena. Due to this, players may have a hard time finding a safe spot to stand, and shouldn't count on being able to dodge everything.

Cilla is the first level 66 boss that players can find within the Lazarus Instrumentality Expedition. She is found sitting at the Tributarium. Cilla makes the playing field a little more fair as she will wait until the player tells her that they are ready to prove themselves to her.

Players can find Commander Thorpe at the Crucible of Corruption within The Depths Expedition. He is a level 46 longswordsman. The Commander can easily be confused for the Corrupted Captain Thorpe who players fight during the Sole Survivor quest near the beginning of the game.

Foreman Nakashima is a level 26 boss that can be found during the Amrine Excavation Expedition at the Star Shrine. He is a shackled ghost that has ice resistance and can move very quickly. Players should prepare accordingly before placing the Hallowed Candle on the Spectral Shrine.

Greundgul the Regent is a level 36 boss who can be found during the Starstone Barrows Expedition. He will be within the Crypt of the Regent. This is the final boss of this particular expedition.

Isabella's pets Joven and Oro are the first bosses within the Dynasty Shipyard Expedition. These two are technically considered one level 55 boss. Isabella will appear shortly before these two at the red portal gate.

Simon Grey is the final boss during the Amrine Excavation Expedition. He is a level 26 boss found at the Obelisk Cavern. Due to his sheer size, he should be fairly easy to spot from afar.

This level 55 boss can be found during the Dynasty Shipyard Expedition. Players will come across Zhou at the Imperial Palace. She is the final boss within this expedition, so players should have a good amount of time to ready themselves.

Related: How to make Cut Flawed Gems in New World

For more New World content, be sure to check out Best Rabbit Farming Locations in New World on Pro Game Guides.