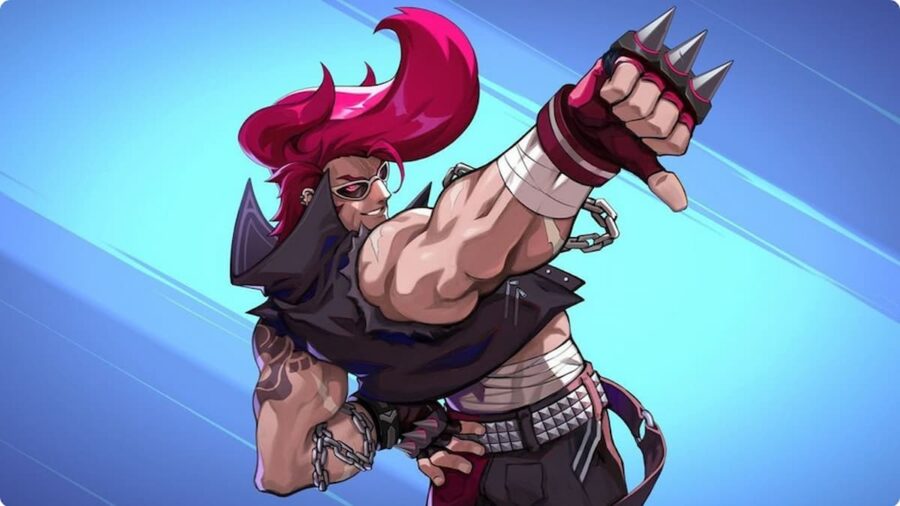 Omega Strikers is a competitive 3v3 arena sports title in which two teams go head-to-head. There are various positions, but to win you will need to score goals, which typically requires a forward. With multiple characters to choose from, you may be wondering who the best character to play forward is in Omega Strikers.

While any player can score, it is primarily the forward who will put the core in the goal. Some characters have better kits that make them more suited for this position. Here are our recommendations for the best forwards in Omega Strikers.

Asher is a powerhouse of a character that could be assumed to be primarily a defender, but she also excels at offensive. Her kit makes her an oppressive character who can harass and steamroll opposing players. Breakthrough and Pathsplitter allow her to push forward and drop a wall that can force the core forward or score a knockout quite easily.

Drek'Ar is a great forward in that he doesn't necessarily score, but takes out defenders instead. His Xeno Cloak ability lets him turn invisible and move faster, letting Drek'Ar move around the arena undetected. This sets him up for Lock and Load, which is devastating up close and can drop enemies quickly. Finally, Molten Bolt is great for slowing enemies down and letting you push forward, hopefully to an unprotected goal.

Era excels at forward due to her ability to buff and debuff her teammates, but also her ability to force the opposing team to move. Bewitching Beam can both buff and debuff at the same time, allowing her to control the pace of the game. Her special, Magic Maelstrom can do it all: scoring, knocking opponents out and forcing them to move from a space. Era can play both up front and as a supporting forward.

Estelle excels at staying back slightly and then swooping in for the score. Piercing Shot should be your main tool for picking up goals. Time your use of it to snipe the core and push it through. Rose Warp is good for avoiding attacks and closing the distance to the core while also dealing damage to nearby enemies. When precision isn't as important, Crystal Thorns is great for hitting a wide area of effect, striking enemies and the core.

Juliette is a strong forward and bruiser, as most of her abilities not only deal a great amount of damage, but also strike the core. Fiery Fist is a good tool to hit a wide arc, allowing you to be somewhat free with your aim. Flying Phoneix is excellent for closing the gap and giving the core a final push into the goal. Lastly, Flame Flurry can send the core flying, but is also great for staggering and knocking out the other team.

Juno's kit seems more defensive, but her slime's ability to send the core forward makes her annoying to deal with. Dropping multiple slimes with Make It Rain can effectively prevent the opposing team from clearing the ball. They can suck the core up and fire it back semi-randomly, making it hard to defend. Blob Bounce gives her much-needed mobility, and Friend Fling lets her play at range.