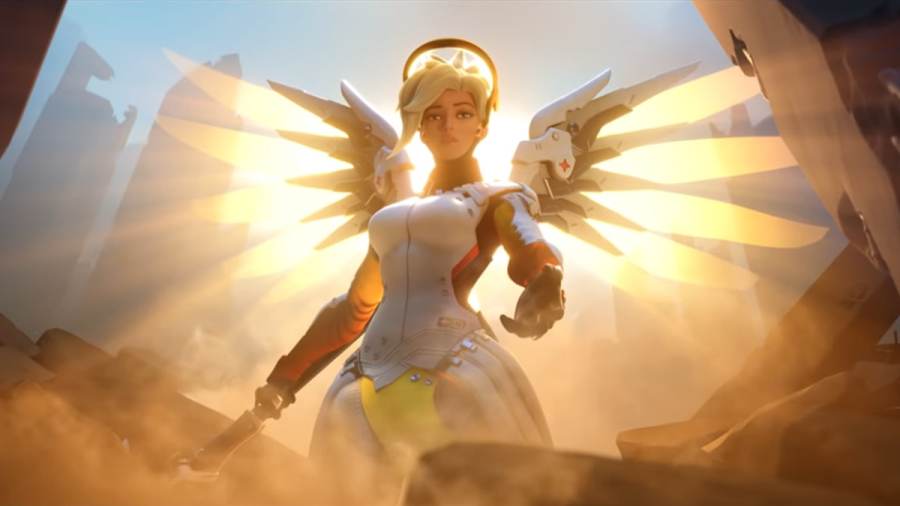 Mercy is the guardian angel of Overwatch 2, soaring between teammates and dishing out healing to those in need. She is the only character in the game to bring allies back to life through her Resurrect ability. Due to her high utility, Mercy has a consistent role in the Support hero meta, as her healing is hard to beat. Here's how to super jump with Mercy in Overwatch 2.

How do you super jump with Mercy in Overwatch 2?

What is a super jump, and how do you do it?

In Overwatch 1, Mercy's super jump was less of a mechanic and more of a secret maneuver used by devoted Mercy mains. In the first game, her super jump was also harder to execute and required mechanical precision and timing. However, Overwatch 2 implements Mercy's super jump as part of her kit, including a maneuver description in her ability list. In the second installment, the super jump is also more mechanically forgiving, allowing for greater user error with the same result.

For more Overwatch 2 guides, come check out Why is there only one Tank per team in Overwatch 2? here on Pro Game Guides.

How to super jump with Mercy in Overwatch 2