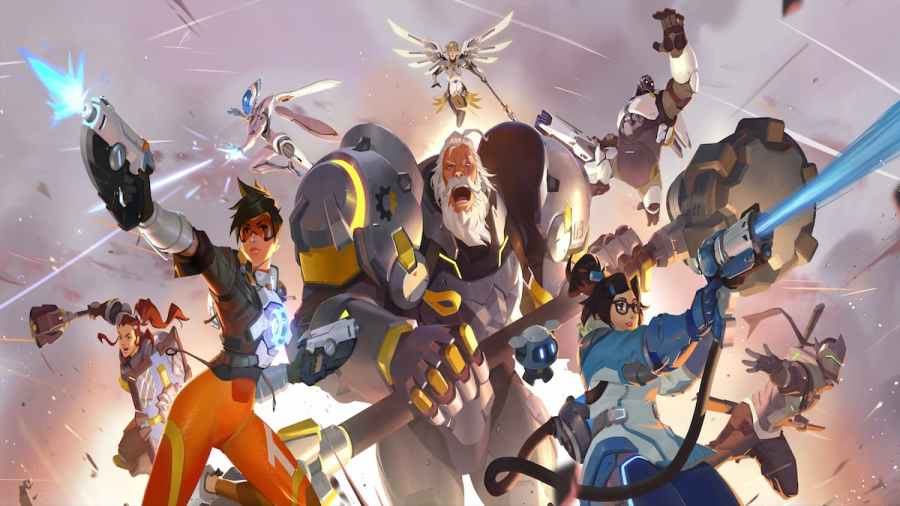 If you're familiar with Overwatch 1, you may be surprised to learn that its dedicated sequel has decided to exclude the use of duo Tanks on a team. There are several mischievous reasons for this, but we've narrowed it down to three main culprits catalyzing this radical change: Shield Meta, Match Flow, and FPS First. Here's why there's only one Tank per team in Overwatch 2.

So why one Tank?

Overwatch 1 was plagued by many problems that all had their roots stemming from Tank usage. You see, Tanks were absurdly powerful and would often decide close matches with their game-changing kits. Having two on a team was not great for the game's overall appeal.

Related: How to play Kiriko in Overwatch 2 – Hero Guide

Almost every Tank in Overwatch 1 had access to some sort of shield the mitigate widespread damage. This made sense because the Tank's job is to keep your less durable allies out of harm's way. Initially, this was not an issue, but with new Tanks and new ways to shield themselves and their allies, matches in Overwatch 1 devolved into grinding stalemates where both teams fought for extended periods, plinking away at ever regenerating shields. Sometimes, the shields would even overlap, worsening the problem. As the game's meta evolved, so to did the shields, until the shields themselves became the only meta. If your team wasn't using shields, and the enemy team was, you are almost guaranteed to lose regardless of skill level. That's just how awful the problem became.

Fortunately, this problem has been massively reduced with the reduction of shields across the board and the removal of duo Tanks on a team in Overwatch 2.

Overwatch has always been a corridor-based team shooter. Maps consist of only a few lanes with little room for alternation. Because of the limited space, in Overwatch 1, having two Tanks meant locking down most lanes. There was little to no counterplay to this. You couldn't flank because both lanes would be barricaded, giving the age-old stratagem selective use due to the limited space. Besides shields, this was another significant reason why matches would stall. Both teams would be forced to bash their heads against beefy walls with little outplay skill expression.

With the removal of just one Tank, skill expression has become front and center in Overwatch 2. One Tank can't block off two or three lanes, making strategies like flanking to kill the healer much more viable. Since there are fewer beefy targets, Tanks must now be much more observant of their team to peel and mitigate damage. Forced movement may not sound like much, but it dramatically affects the flow of a match for the better.

Related: All Gameplay Changes in Overwatch 2

Because of the general map layout, team composition focus, and variety of heroes, many players often compare Overwatch 1 to a MOBA. In MOBAs, individual skill matters much less than team composition. Overwatch 1 played more like a MOBA and less like a true first-person shooter because of the sheer volume of mitigation tools Tanks could offer their team. Having two Tanks deploying their mitigation tools provided so much protection that killing other characters, even the weakest ones, became a major chore. It became a game about getting picks, snagging players wandering just a little too far away from their team. Many players complained that Overwatch 1 felt more like a MOBA and less like a shooter.

With the reduction of player count from six to five per team and the removal of one Tank, in Overwatch 2, there is much less security for each player in a match. There is room for outplaying potential because you, as a player, are not always safe anymore. The comfort of being pampered by two shielding Tanks is long gone, and we're here for it. Skill expression has an actual outlet when the shooter is playing like a shooter and not a MOBA.

For more on Overwatch 2, check out All Overwatch 2 Trophies and Achievements here on Pro Game Guides.

Why is there only one Tank per team in Overwatch 2?