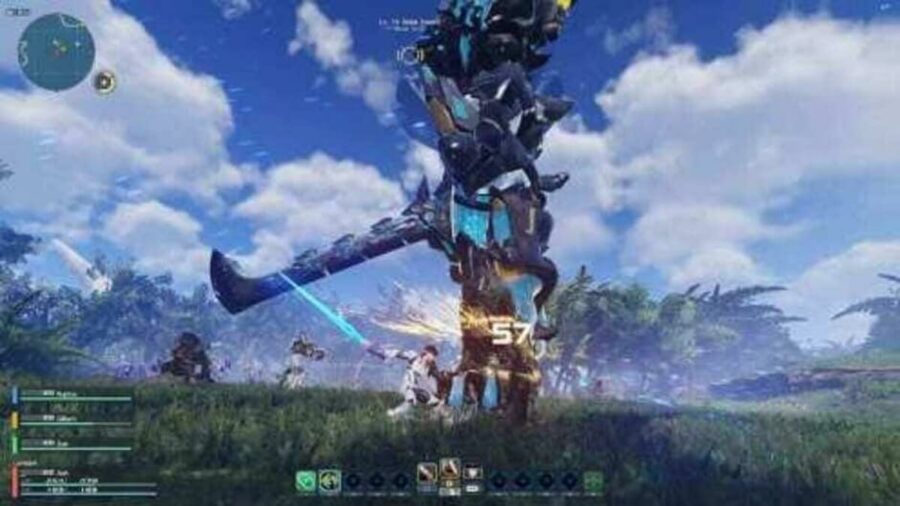 In total, there are 12 weapons that will be introduced in the upcoming expansion/new game called Phantasy Star Online 2: New Genesis, as listed below.

Swords are described as being an orthodox weapon that is suited for a varied range of situations by the developers. Swords will also change the potency and effects of photon arts by charging your swords, thus allowing you to adjust your damage output in the heat of battle.

Assault Rifle is pretty much as you expect; it's a fast-firing rifle that is reported to give the player a substantial advantage at range combat. The weapon can also benefit from a class skill called blight rounds and can be used to target aerial and large targets.

The launcher is a heavy weapon in New Genesis and can be used to bombard enemies in a wide area from afar. In addition, players can use a sticky bomb weapon action to recover PP when needed.

If you love AOE attacks, the double saber might be your thing as it excels in dealing with those types of attacks with a wide range of attack moves. You can also use photon arts to create whirlwinds which can then be consumed for more powerful attacks.

Knuckles is the only weapon that can be used in unarmed combat, thus making the weapon most ideal for the fighter class. Players can counterattack opponents using the weapon action sway with this weapon, as well.

Twin Daggers is a weapon for those who wish to fight mid air to close range. The weapon is also highly mobile and has a variety of fast attacks and actions to reflect that.

Similar to the last weapon twin machineguns serves a similar role, but this time for range. Twin machineguns can be used as well in mid-air and to unleash volley after volley of machine gunfire.

Rod is a weapon designed for magic users in the game and specializes in the three techniques. However, you will not be able to use photon arts when this weapon is equipped.

Wand is a weapon that can be used with both photon arts and techniques to target the elemental weaknesses of enemies in the game. Players can also gain extra attacks by using the weapon skill photonic fury with this weapon.

This next weapon is similar to the rod, but the significant change is that it can be used with both techniques and photon arts, thus making for an excellent magical hybrid weapon.

The partisan is a 2 handed version of the sword that has increased range and a wide range of attack, thus offering players more versatility in battle. Players can also unlock more unique attacks for this weapon by learning class skills.

The next upcoming weapon is called the wired lance and it can be described as a yoyo with a spear blade. The developers described it as a tricky weapon to master, which can change the value of an attack based on distance from the player to the enemy. Along with that, it's recommended as a weapon for multiple targets.