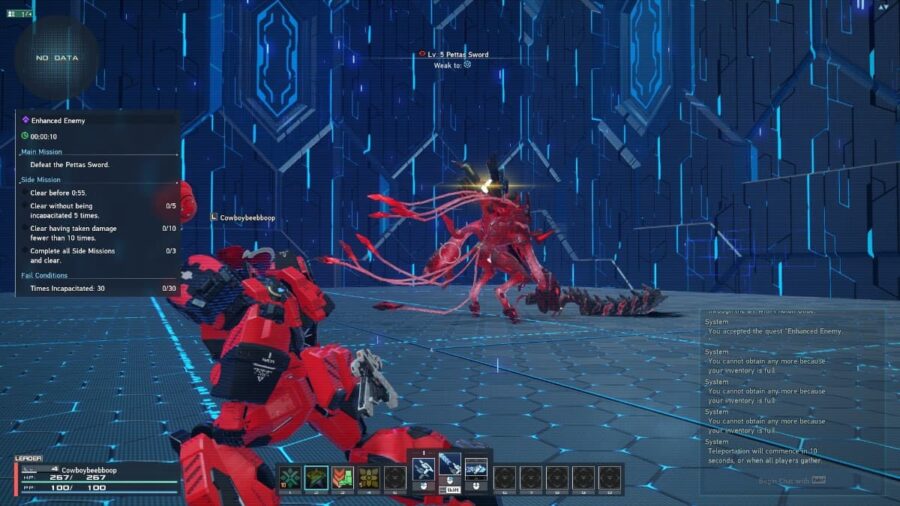 Battle power is the total strength of your character in Phantasy Star Online 2: New Genesis, and you can increase it by leveling up and getting better gear in the game.

You will also need to improve your battle power before visiting certain areas and completing certain quests in the game, such as urgent quests.

That being said, you can level up by completing quests, daily tasks and visiting certain regions called combat sectors and killing monsters there. Now to get better gear, you can either purchase it or find it as loot while exploring or as rewards from quests.

Or you can enhance your gear by visiting the item lab in the main city and choosing the item enhancement option. After this, you will be asked to choose one item to enhance and choose up to 5 materials for the enhancement.

Also, in the item lab is the option to augment your gear using what are called capsules. Capsules are special items players can sometimes get that can be used to enhance their weapons and armor with special buffs and passives.

Related: How to get Skill Points in Phantasy Star Online 2: New Genesis

Players can as well unlock the hidden potential of their gear by selecting the option while in the item lab called unlock hidden potential. Using this option will give a massive buff to either your weapons or armor in the game, which in turn can give you damage boosts along with other things.

In short, all you have to do is seek out locations called cacoons and towers and complete a series of objectives that range from platforming to slaying monsters.

Once done, you will get a few points depending on if you completed all of the side objectives and the time limit. You will then need to find the class counter at the central city when you get these points.

At this location, you will be able to unlock class skills, which will cause you to level up and increase your battle power depending on how many points you put into your class.