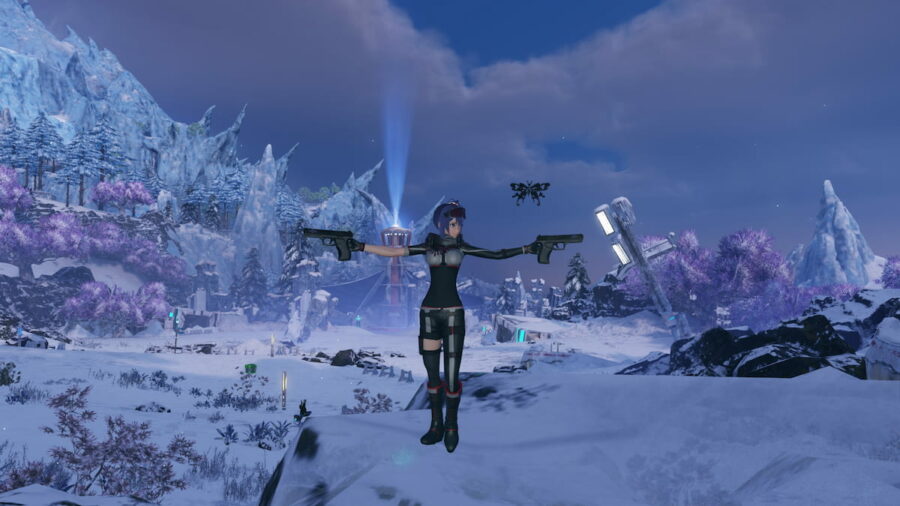 The Gunner is a high-speed, high-action ranged damage dealer focusing on riddling their foes with as many bullets as possible. Having access to both the Twin Machineguns and the Assault Rifle, the Gunner thrives at shredding foes with obvious weak spots to exploit from a distance. Here's a guide on everything we know about the Gunner class in Phantasy Star Online 2: New Genesis.

Playing the Gunner means accepting small damage numbers but high damage per second. It prioritizes consistent pressure over massive burst damage for most of its time. The Gunner is not difficult to play. However, as a trade-off, they are flimsy and can be killed off in just a few hits.

As mentioned, Gunners deal ranged damage, but due to the nature of their main weapon, the Twin Machineguns, they prefer to be up close and personal most of the time. This is due to the weapon's Critical Distance modifier. This modifier greatly increases the damage the Gunner inflicts when within optimal distance. The optimal distance is achieved when the circular radical around a target turns orange. The ideal play sees the Gunner staying within this distance for as long as possible.

In addition, just like all other classes within Phantasy Star Online 2: New Genesis, the Gunner uses four main Photon Arts (PA) to riddle their foes. Each PA has a simplistic Tap and Hold mechanic.

Unlike most classes, the Gunner's core mechanics play an extremely significant role in their effectiveness. As such, the following mechanics are listed in order of priority importance:

When the Gunner uses the Hold variant of a Phantom Arts that hits a target, a number counter will appear beside the Gunner's silhouette, starting at zero. While visible, every single bullet that hits an enemy will increase the counter up to a max of 100 except for bullets fired from a Hold PA. When a Hold PA hits a target while the counter is active, it will end Chain Trigger. This dramatically increases all damage dealt by the Gunner for three seconds. The damage increase is based on the counter's total amount when Chain Trigger is ended. The bigger the counter, the more damage.

Chain Trigger has a cooldown based on the number counter when it ends. The higher the counter, the lower the cooldown. This is significant because a Chain Trigger ending at 100 means the cooldown is only a few seconds.

Related: How to change your appearance in Phantasy Star Online 2: New Genesis

This is the Gunner's main defensive tool, so it should be utilized as often as needed.

Dodging an attack with a Stylish Roll grants a period of invulnerability to the next PA the Gunner uses. This period is equal to the animation length of the Phantom Arts this mechanic is applied to.

Note that canceling the PA early will also dispel the invulnerability.

Pressing Weapon Action without moving in a direction causes the Gunner to perform a short distance advancing rush forward. This ability deals significant damage on its own but is also boosted by the effects of an active Chain Trigger.