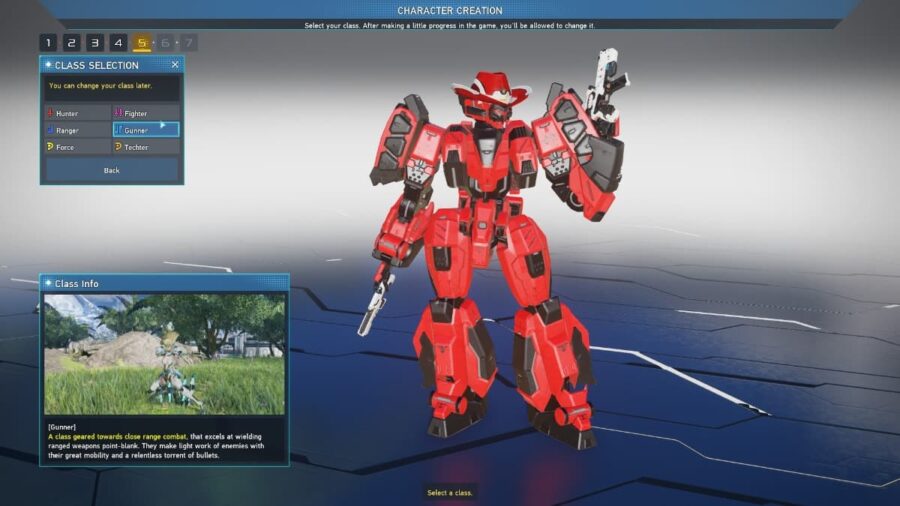 In short, if you want to change your appearance in Phantasy Star Online 2: New Genesis, you will first need to complete the tutorial portion of the game. This means completing the entire tutorial and the prologue until you are at the central city location that serves as the game's hub.

After this point, you will be able to change and customize your character to a similar level as you did when you created the character via an option in the main menu.

That said, to get to this option, hit ESC and then find a tab called gear/sub-palette - this will be right next to items on the menu tab at the bottom of your screen.

Related: How to get and use N-Grinders in Phantasy Star Online 2 New Genesis

Once clicked, another tab will soon open up and in this tab, you will need to click another option called customize looks. Doing so will allow you to customize your looks with a wide range of options.

Some of the options include hairstyles, body paint, body, arms, outerwear and even accessories. Overall, you have 12 options to work with, so if you feel like you messed up on your character or just want to change something, you should be able to get the job done with these options.

Another way to customize how you look in the game is via the salon in the central city. Using the salon will present you with a menu similar to the game's initial character creation and using it will allow you to customize it in a similar way. That said, you can find the salon, across from the personal shop NPC and near the item lab.