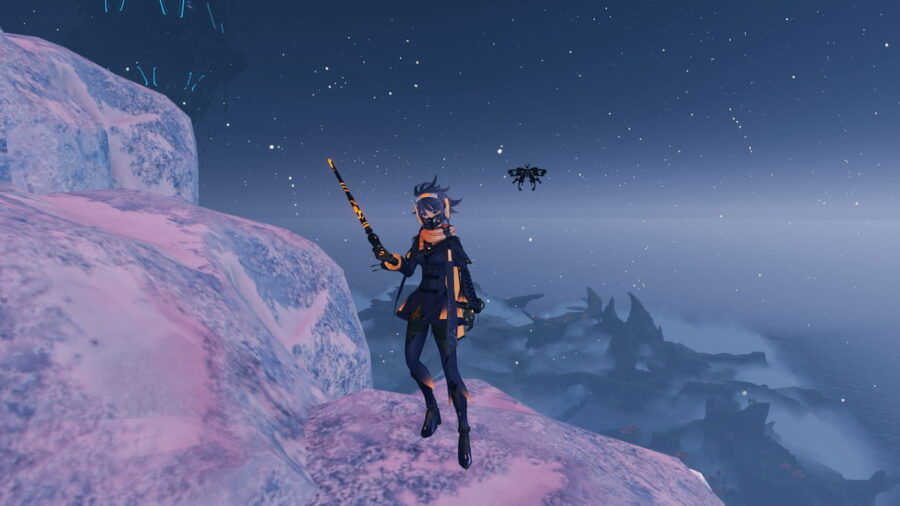 Playing the Waker is a balancing act. Wielding the Harmonizer as its only weapon, it utilizes a coherent mesh of melee, ranged, and defensive abilities to dominate the battlefront. As a swiss army knife, the Waker has a wide array of tools for every possible situation. But, as a trade-off, the Waker requires a hefty amount of actions per minute, or APM for short, to get the most out of it.

The Waker uses three photonic beings called Familiars to defend themselves and strike out at their foes:

These Familiars are tied to their Photon Arts, or PAs, and are summoned when one is used.

Just like all classes in Phantasy Star Online 2: New Genesis, the Waker uses four main Photon Arts to decimate their foes. Each PA has a Tap and Hold variant, triggering alternative effects.

Related: How to Enhance Weapons and Armor in Phantasy Star Online 2: New Genesis

Note that at the beginning of each PA is the name of a specific Familiar, signifying which Familiar will be summoned once activated.

While the PAs are powerful on their own, it is with the support of Waker's core mechanics does the class work in unison.

The Waker uses three special gauges to deliver their most powerful attacks. Each gauge is tied to one of the three Familiars and color-coded to match them for ease of use.

To use these attacks, the Waker must first fill each gauge. There are several ways to do this, but the primary method is to follow the color coding. Using Fredan to attack enemies will begin to fill the Blue Gauge. Using Wulfen to attack will fill the Red Gauge, and using Marmelo to defend from attacks will fill the Yellow Gauge. You can fill up each separate gauge twice before reaching the maximum amount. This is the Waker's most important mechanic.

When the Waker attacks an enemy enough, a special sigil will appear over their target's body called a Treble Clef Mark. Enemies marked by this sigil will take increased damage and become easier to knock down.

Holding the normal attack button will cause a Treble Clef Mark to explode on the targeted enemy, dealing a burst of damage and activating the Familiar Support mechanic.

Related: All other weapons in Phantasy Star Online 2: New Genesis

After a Treble Clef Ignition, a miniature version of the Waker's last summoned Familiar will spawn at their side and begin to deal periodic damage to enemies nearby. Each time this small Familiar deals damage, depending on which type was summoned, the corresponding gauge will begin to fill automatically.

When the Waker has filled at least one Blue Gauge and one Red Gauge, they can empty both and launch a powerful combination attack between Fredran and Wulfen called Familiar Harmony. This attack is extremely powerful and has incredible range. It is the Waker's main damage-dealing ability and should be used as often as possible, especially on a weak point.

By tapping the weapon action button, the Waker can summon Marmelo to defend themselves from enemy attack. As this is a parry, proper timing is required to succeed. A successful parry with fill the Yellow Gauge by one out of the total required two to fill it.

When the Waker has successfully filled the Yellow Gauge, they can unleash the Marmelo Strike. This is the most powerful attack in Waker's arsenal. To use it, hold the weapon action button down until Marmelo doubles in size, then release it to hurl Marmelo at a target. Be sure not to miss!

Following any used PA, the Waker can teleport a short distance forward or backward, depending on inputs, if the normal attack button is pressed with proper timing. This will require practice, but look for the purple glow that appears right after a PA is finished activating. Linear Drive can be activated twice in a row if Linear Drive Encore is trained.