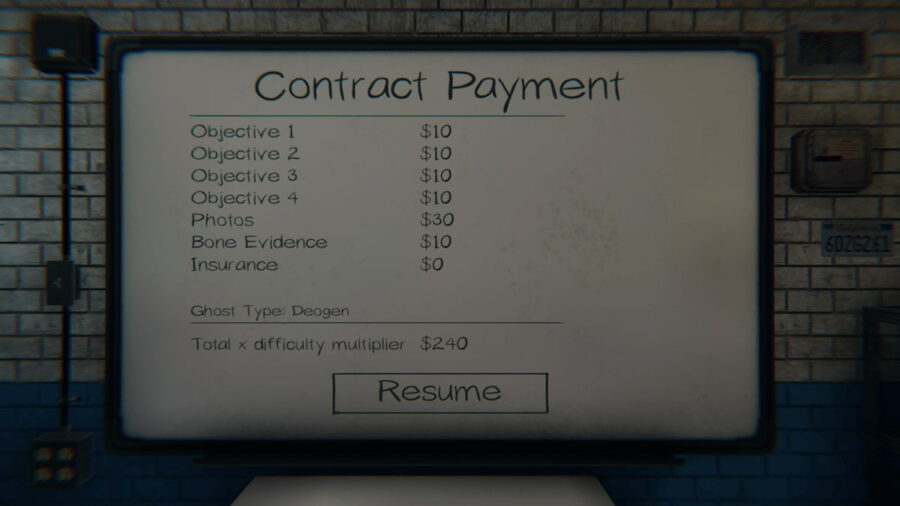 The Deogen is a Ghost Type in Phasmophobia that will always be able to detect the player. This makes hiding impossible as the Deogen will open lockers, and closets, as well as hone in on any hiding spot that players might be tucked behind. It is only fast until a player is in line of sight, slowing down considerably when face to face with someone. This is how to escape from the Deogen in Phasmophobia.

How to loop the Deogen in Phasmophobia

The Deogen Ghost Type will chase players no matter where they are. They are impossible to hide from as they can sense the player, making running the only option. Running into a dead end means certain death unless players can see the Deogen, slow it down, and take the longest route to one end of the area. A safer version is to know the best loop locations on each map so that players can simply run in circles while staring at the Deogen.

All Deogen looping locations in Phasmophobia

On the Edgefield map, players that encounter a Deogen can have a difficult time running away upstairs. The enclosed hallways and small rooms make it a deathtrap for any player trying to run from the Ghost. On the ground floor, or the first floor, are two spots where players can run around the Deogen with ease. The first is the living room, using the couch as an obstacle that the Ghost can't go around. If players are too fast going in one direction, the Ghost can change directions, attempting to cut off the player.

The second spot is the garage, which can still be very dangerous. A Deogen will move slowly as long as the player is within line of sight. By baiting the Deogen to chase the player to one part of the garage, they can then sprint out of the room and into the living room from with the leftover space in the room. Players can always use Smudge Sticks to escape from a dead end no matter where they are.

On Tanglewood, players can run loops around the car in the garage to avoid the Deogen. When the Ghost loses sight of the player, however, they will have their speed increased until they are within line of sight again. This can be dangerous when in the back of the vehicle. If the player goes too fast, the Ghost will attempt to cut them off.

Related: Can you play Phasmophobia on Oculus Quest 2?

The kitchen and dining room are fantastic looping spots as well. Players should try to avoid running into the chairs or the trash can in case they get stuck on them for too long. Neither loop will block line of sight, making sure the Deogen's movement speed is slowed down during the hunt.

In Ridgeview Road House, it can be difficult to run away from a Deogen on the second floor. The best spot to get away from it is the dining room just before the stairs. If the Deogen is coming from upstairs, players should wait on the left side of the table to make sure they don't get caught while the Deogen has its increased speed.

Players can also use the basement as a looping spot, but it can be dangerous as there are many more ways for the Deogen to cut off the player. In between the shelves are open spaces that the Ghost is able to move between and will always take the shortest path to the player.

Willow Street has a few areas that are perfect for looping a Deogen. The first spot is the living room, utilizing the sofa and coffee table to keep the Ghost away. Getting caught on these obstacles can potentially get the player killed though.

The other two areas are the kitchen and the garage. The Ghost will maintain a line of sight the entire time for all the loops on Willow Street, making it one of the safest houses for players to encounter a Deogen.

Both the dining room and kitchen are safe loops for players in Grafton Farmhouse. They are right next to each other and connect straight to the living room as well.

The living room can also be used as a loop, making three areas on the first floor that are very safe for players. Upstairs, players can use the storage room to run away from the Deogen. There is a room for the Ghost to potentially cut off players, but as long as they keep the Deogen in their sight, it won't be able to fake them out.

Both the kitchen and dining room in the Bleasdale Farmhouse can be used as a loop against the Deogen. The collision for the chairs is larger than it appears, but players can make wide circles around it.

The living room and attic can both be used as loops, but both have a few things that players can bump into. As long as players are familiar with the areas, they can circle around without much trouble.

The Prison has two loops as players walk in using the entryway by the metal detectors, and the iron bars that divide the cells from each other. Both of these will keep a line of sight, making sure that the Deogen moves slowly.

Both Cell Block A and Cell Block B can be used to loop the Ghost. The cafeteria can be used easily as well, but contains many tables to get stuck on. On the second floor, players can use the Warden's Office as a small loop, using the table and chair as a divider between themselves and the Ghost. Using the hallways and circles from the stairs also works as long as the player keeps their eye on the Ghost.

Related: How to identify a Moroi in Phasmophobia | All Evidence and Tips

The reception area of the Asylum is perfect for looping a Deogen and connects to both the kitchen and cafeteria. A majority of rooms in the Asylum are relatively small but with such big winding hallways that loop around, players can lead the Deogen in a chase while always staying ahead of it.

In the basement of the Asylum are long hallways as well. If players can't really see the direction the Ghost is coming from, the dining room can suffice. It has many small tables that can be used to block the Deogen from getting a kill.

Beside the entryway loop is the campfire where the generator often spawns. A run around while avoiding the logs is perfect for maintaining line of sight with the Ghost and offers multiple areas to run to. If the Deogen spawns in the cabin, the living room has enough space for players to go around in circles in as well.

For more Phasmophobia guides, check out How to identify a Thaye in Phasmophobia | All Evidence and Tips on Pro Game Guides.

How to escape the Deogen in Phasmophobia