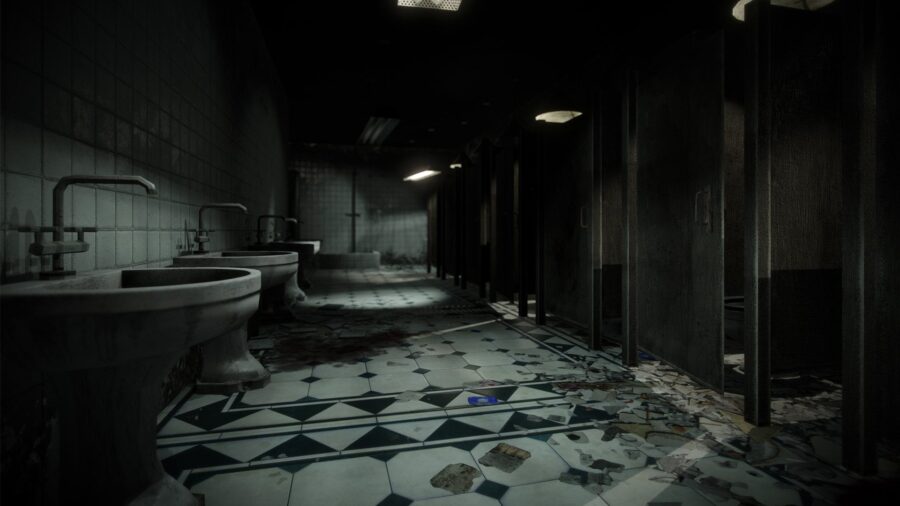 Who would have thought that a horror title can quickly become even more terrifying in such a short amount of time? Well, Phasmophobia has done that job amazingly well because in update 3, the ghosts have gotten an intelligence boost, and they don't mess around. The horror factor is increased by over 9000 when it comes to the bigger maps of the game, as no longer can you quickly run and hide in the safety of the truck. Are you ready to get back into your role as Ghost Hunter?

The Asylum map is Phasmophobia's biggest map to play on, so it's understandable to get lost or lose your way when trying to find out the type of ghost that is haunting the place, so that you can leave as quickly as possible. Luckily, the community has created some pretty detailed maps for gamers to use, to communicate better, or just to know exactly where they are!

The map above is the Asylum map; it has the rooms identified as numbers, as numbers are easier to scream than remembering what room you are in. Even more so that if your friends are using this map, even if you give the wrong numbered room, they can still locate the area you are in. Another good thing about this map is that it tells you where key functions are by using colored icons, such as Fuse boxes, Light Switches, and Cameras.

This map is truly stellar, but that's a lot of numbers to memorize!

The map above is a more detailed version of the Asylum map, where all the rooms are named after what they are, which is perfect for those who are well and truly lost. Also, if the truck watcher has this map open, they can track where each other party member is located and then communicate this to the rest of the team.

As we said, this map is amazingly detailed, right down to the cone angle of the Asylum cameras, which are even numbered for use. Maverick has even displayed the windows on the map, that it's quite scary to see that there is no escape at all apart from exiting out the front door!

Both these maps are amazing and are sure to help players worldwide find their way around the Asylum map. Though Kinetic Games are working on three new maps from what we can gather from their Trello Board, and a few of them potentially will be bigger than the Asylum, which is a truly terrifying thought.