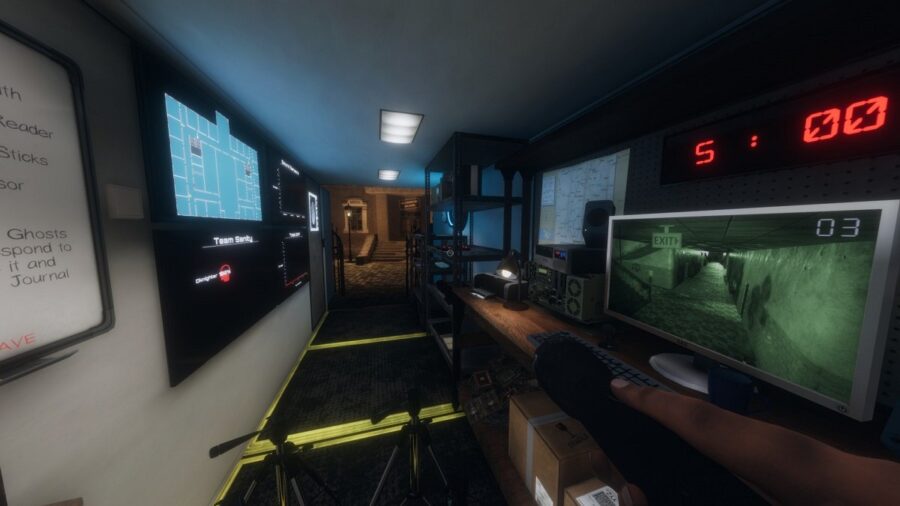 Phasmophobia is by all means not a simple game, it might seem like it on the surface, but it's pretty complex as ghost hunters have to drive around a massive truck, filled to the brim with different gadgets, as well as monitors to keep track of sensors, alerts, as well as keeping an eye on players' locations and sanity levels. Overall, it's a game you have to learn through experience and death!

Phasmophobia what does sanity do

In Phasmophobia, sanity is your health so to speak, although you won't die if it reaches 0%, it will massively increase the odds of you dying, as lower sanity levels increase ghost activity. Ghost activity is not a thing you actively want to occur unless you yourself cause it to happen.

Sanity is the main key in completing a successful ghost hunt, so it must be monitored at all times, as there are a plethora of ways that cause drops in sanity, such as being in the dark for too long, overall time spent in the spooky location, interacting with an Ouija board, seeing a ghost event, plus much more. Each one of these will lower sanity, and when that gets lowered, it's most almost certain that you're going to die. However, a certain type of ghost causes mass sanity drops to occur, and this is vital evidence to knowing for certain it was that type of ghost.

There are ways to manage sanity, such as one we mentioned up above by monitoring sanity levels. Having a truck guy is not a bad thing, as they can keep track of alerts, locations, and the sanity of each member of the party. That person should then switch out team members with the lowest sanity to become the next truck guy. This rotation is essential on the larger levels, such as Asylum. If a person has lower sanity, it's essential to keep Crucifixes in certain key locations of the map, as this will stop the ghost hunting phase, which will keep the team alive to get some much needed fresh air.

Nothing will stop your sanity levels from dropping, but they are ways to slow it down, such as being near light! Being back in the Truck will slow sanity levels as well, but if everyone is in the truck, how can you find out the all-important three pieces of evidence to find out what ghost it is?