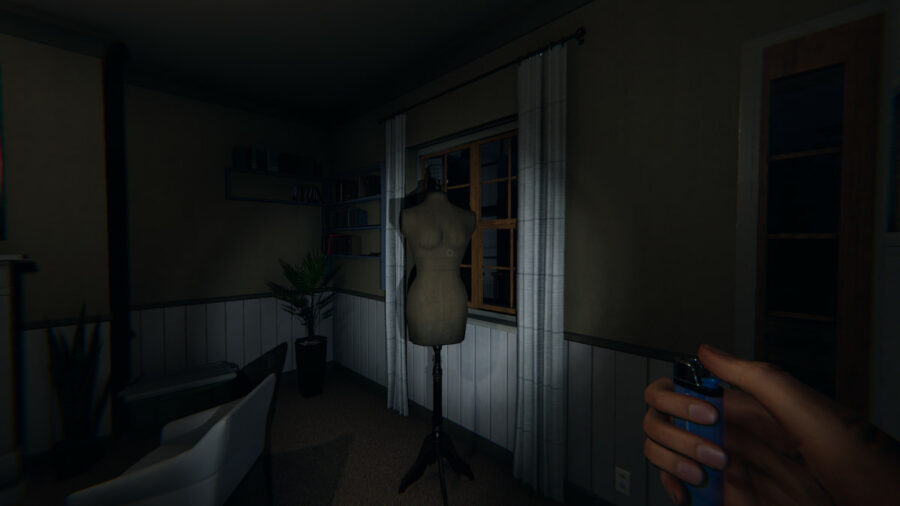 Nearly all ghosts in Phasmophobia can wander from room to room, however, on easier difficulties, they typically tend to stay in one location. There are a few ghosts that can teleport as well, but it won't be obvious unless players are looking for it. Some ghosts can give the impression of teleporting as well. These are all the ghosts that can teleport in Phasmophobia.

Which Ghosts can teleport in Phasmophobia

Two Ghosts can teleport when not hunting in Phasmophobia. These interactions result from the Hidden Ability of the Phantom and the Wraith. Players may also mistake a Ghost teleporting for a Ghost just wandering, moving from one room to the next. This occurs more frequently on higher difficulties and can happen multiple times during an investigation. Lastly, players can mistake The Twins' behavior as a Ghost teleporting because of their ability to interact with two rooms interchangeably.

How the Wraith and Phantom teleport works in Phasmophobia

Both the Wraith and Phantom can teleport to a random player's location when not hunting. This causes an EMF 2 reading when this happens and can occur anywhere on the map, and has a 25% chance of being EMF 5 for the Wraith. Nightmare difficulty investigations can make this information extremely important as players can take an EMF Reader with them to a far-off room and wait to see if they get an EMF Reading. After teleporting, the Wraith can initiate a hunt, however, a Phantom will be unable to hunt after a teleport unless the player uses a Cursed Object.

Related: How to identify the Wraith in Phasmophobia – All Strengths and Weaknesses

How Ghost roaming works in Phasmophobia

Ghosts have a chance of wandering or roaming, changing the room they are haunting, and requiring players to move their equipment if they haven't determined what the ghost is. The Goryo has the lowest chance of wandering, while the Yurei can be forced to stay in one area if a Smudge Stick is lit in the room they are haunting. There is no limit to how much Ghosts can wander, and on higher difficulties such as Nightmare, determining the Ghost Room can be more difficult with how little time it can spend in one space.

Lower or Freezing Temperatures, Ghost Interactions and Events, the Haunted Mirror, Ouija Board, and Music Box can all be used to determine where the ghost is quickly to maximize investigation time before it moves again. Drawing The Hermit from the Tarot Cards will also cause the ghost to stay trapped in the room they are haunting for 60 seconds. How frequently the Ghost Room changes is dependent on the player's Sanity, making Professional and Nightmare difficulties more dependent on consuming Sanity Pills.

Which Ghosts can teleport in Phasmophobia?