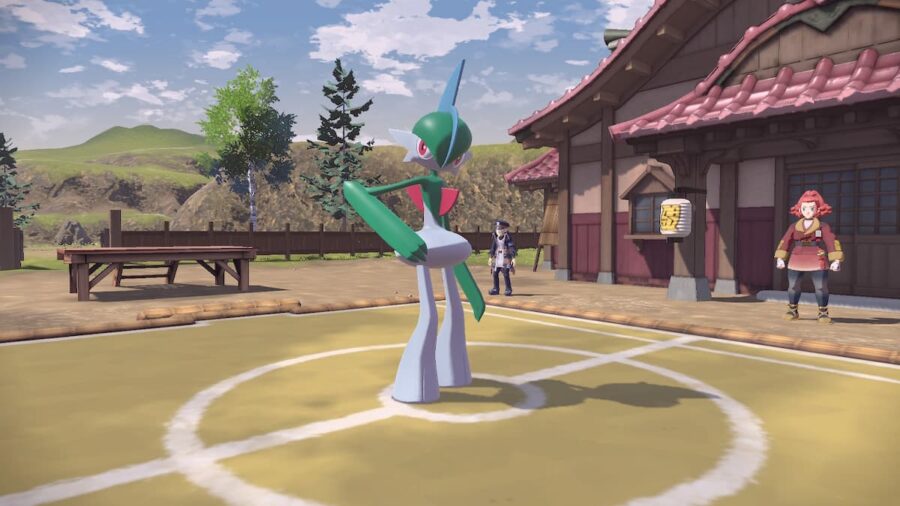 False Swipe is a normal-type move that leaves an opponent with at least 1 HP. This move is ideal for catching Pokémon in battle, especially during the post-game when facing off against legendary Pokémon and completing the Pokédex. Only certain monsters can learn this move in Pokémon Legends: Arceus, and none of them learn it by leveling up naturally. Instead, you must see Zisu at the Training Grounds in Jubilife Village.

Who can learn False Swipe in Pokémon Legends: Arceus?

Related: How to Craft All Pokéballs in Pokémon Legends: Arceus

Although Hisuian Decidueye and Hisuian Samurott are powerful starter Pokémon that can learn False Swipe, neither can cause paralysis or drowsiness. Imposing status effects on Pokémon you want to catch, along with lowing their health, is crucial. We suggest using Gallade, which has great base stats and can also learn Hypnosis at level 18. Hypnosis is a psychic-type move that induces drowsiness.

Of course, the choice depends on your preference for a good Pokémon that will catch others most efficiently. Some players like Parasect, which learns the drowsiness-inducing grass-type move Stun Spore, but this move is ineffective against grass-type Pokémon. Absol can learn the electric-type move Thunder Wave, but ground-type Pokémon will be immune.

Complete the Pokédex in and out of Battle

That's why we like Gallade. However, note that catching monsters by means of stealth in the wild is a primary way to catch them in Pokémon Legends: Arceus. Gallade won't help when they flee in battle, so you'll need to use items such as Stealth Spray, Smoke Bombs, and Jet Balls to sneak up and get them with their backs turned.

How to use False Swipe in Pokémon Legends: Arceus