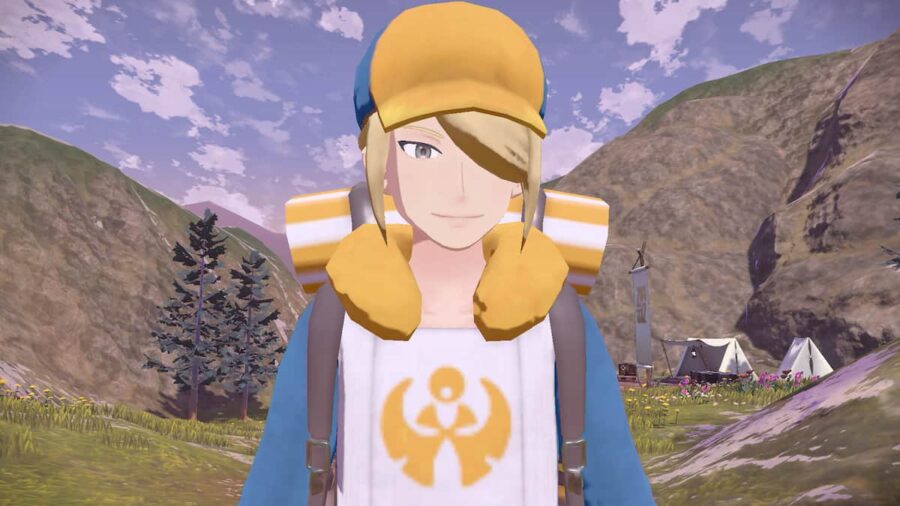 During your journey in Pokémon Legends: Arceus, you will constantly run into a traveling merchant named Volo. Volo works for the Ginkgo Guild, and he is one of the many recurring characters that you interact with in your Hisui travels. The character has a striking resemblance to the Pokémon character Cynthia, the League Champion of Sinnoh in the present day.

We will be going over where you find Volo throughout your adventure. He never stays in one place for long, and he is a major figure in the story. This post contains spoilers, so read at your own discretion!

Where does Ginkgo Guild's Volo show up?

You first encounter Volo at Jubilife Village. After receiving your starter, you first meet Volo as you're leaving the village, and he challenges you to a Pokémon match. He will only have a level 5 Togepi on hand.

Related: How to complete the Incarnate Forces request in Pokémon Legends: Arceus

In your first mission in Obsidian Fieldlands working with Warden Mai, Volo shows up to teach you about Back Strikes. Next time you'll see Volo is in Jubilife Village again, right before you head out on your mission to calm Lord Kleavor. Volo will be waiting for you at the Village once more after you calmed Kleavor and received two Plates.

Volo then shows up at the Solaceon Ruins in the Crimson Mirelands. He challenges you in another battle—this time he has a level 22 Togepi and Gible. Volo's next appearance is at the Mirelands Camp after you calmed Lord Lilligant.

Later, Volo appears at the Cobalt Coastlands, showing up after you talked with Palina for the first time. His following appearance appears at the Ancient Quarry in the Coronet Highlands when Inigo is leading you. After exploring the Coronet Highlands, Volo's next appearance is at the Alabaster Icelands. He appears next to Warden Gaeric after you gained the Eternal Ice to calm Lord Avalugg.

Once you are expelled from Jubilife Village, you end up exploring the Obsidian Fieldlands to search for anyone that can help you. Eventually, Volo will come to you and offer his assistance. He will take you to a secluded area called the Ancient Retreat where you will meet Cogita.

After that, Volo travels alongside you to Lake Acuity, Lake Valor, and Lake Verity. Volo continues to tag along with you as head up to the Temple of Sinnoh at the Coronet Highlands. Here, he will sell you goods so that you can replenish your supplies.

After capturing Palkia or Dialga, you need to create the Origin Ball and return to the Temple of Sinnoh. Volo will again tag along to sell you goods.

Related: How to farm money from the Miss Fortune Sisters in Pokémon Legends: Arceus — Postgame strategy

When you finish the main game, you are assigned to find out more about Dialga and Palkia. Volo shows up in the Galaxy's Mansion to offer aid. Following this, you meet Volo at the Obsidian Fieldlands campsite. Volo points to you to go ask Cogita for help. Cogita will then give you a series of missions that you need to complete to collect all the Plates.

Once you completed all the missions and gained all the Plates, head to the Ancient Retreat at Coronet Highlands. Volo will be there, and he will then suggest heading to the Temple of Sinnoh.

The next part is spoilers. After reaching the top, Volo shows his true colors and demands that you give him all the Plates. You will then fight him in a Pokémon match. He will have a Spiritomb, Roserade, Togekiss, Hisuian Arcanine, Lucario, and Garchomp. All his Pokémon will be Level 68. After beating his six Pokémon, he will summon Giratina to fight you. Giratina will be Level 70, and it will have two forms that you need to defeat—its regular and Origin forms.

After defeating Giratina, Volo will disappear from Hisui and will never be seen again.

Where to find Ginkgo Guild’s Volo in Pokémon Legends Arceus: All Locations