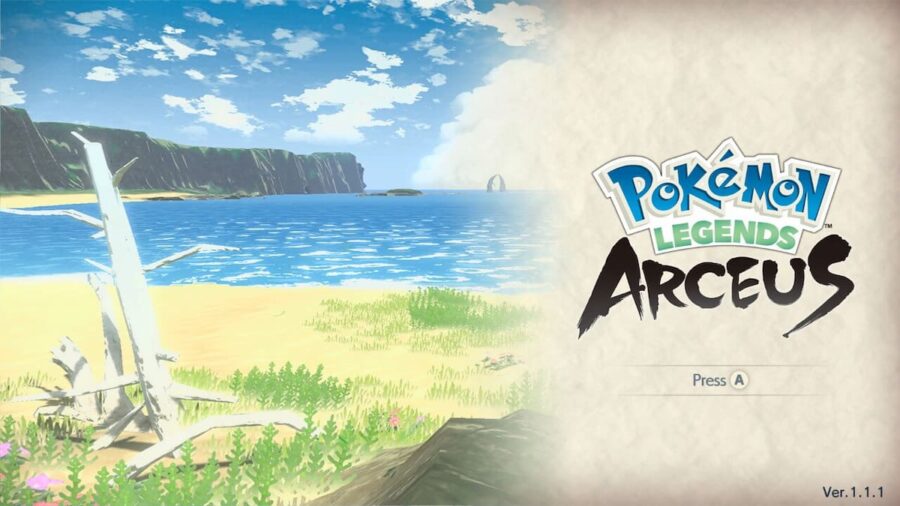 Described as a mainline game and indeed, not a spinoff, Pokémon Legends: Arceus made several notable changes to the games. While these changes may be exclusive to the Legends series, the added Pokémon, Status changes, and removal of Effort and Individual Value systems can be speculated on. These are the five ways that Pokémon Legends: Arceus changes competitive Pokémon.

Frostbite in Pokémon Legends: Arceus has a higher percent chance of being inflicted than Frozen, with two moves being added with the secondary effect. It causes the target to take damage equal to 1/16th of its maximum HP as well as lower their Special Attack by 50 percent. This is equivalent to Burn which does the same thing for Physical Attack but at 30 percent, giving Ice Type Pokémon a much-needed buff in the game.

Instead of guaranteeing that a Pokémon is shut down, Sleep inducing moves make Pokémon Drowsy. This ensures that Pokémon takes more damage and works much like Confusion or Paralysis, having to pass a check to even be able to move.

There are several different types of weather in Pokémon Legends: Arceus, but only a few of them were changed or have any impact on gameplay. Snow, Strong Sunlight, and Rain are the ones to note as Foggy weather has no move that causes the status effect.

Strong Sunlight now buffs Grass Type Pokémon significantly in Pokémon Legends: Arceus by increasing their Speed. Rain, on the other hand, seems to have been nerfed. Previously, Rain increased the damage of Water Type moves but no longer does so in Legends: Arceus.

Snow, most likely replacing Hail, doesn't deal damage to Pokémon at the end of each turn. Instead, Snow causes Frostbite-inflicting moves for a higher chance of inflicting the Status Condition. Additionally, Ice Type Pokémon have increased Speed. Drowsy-inflicted Pokémon also have a higher chance of immobility.

Whether all these changes will transfer to the mainline series isn't confirmed. But, GameFreak clearly recognizes that Ice Types need a buff. Giving these Pokémon more utility can add extra layers to the competitive scene to remove some of the more prominent RNG mechanics, similar to when Fields were introduced.

Related: Is Pokémon Scarlet and Violet going to be open-world like Legends Arceus?

Hisuian Pokémon in the Meta

There are many new Hisuian Pokémon that have great competitive usage and the new Typings of the new forms give some Pokémon a buff. Electrode, for instance, is now Electric/Grass with a very high Speed stat for potential fast Thunder Waves. Of the new Pokémon, two stand out the most.

The Hisuian Zoroark has a Normal/Ghost Typing and thanks to data miners, is revealed to have the same Ability as the standard Dark Type version. Illusion makes the Pokémon take the appearance of the last Pokémon in the party, and the new Zoroark has two immunities. Having it take the appearance of a Pokémon with a weakness to Ghost or Fighting can potentially give Zoroark a free turn to set up and adds more mind games to the competitive scene.

Giving Hisuian Goodra the Steel/Dragon Typing and giving it more Defense is a massive buff to the Pokémon. It can also learn Shelter, a move that increases both Defense stats in Pokémon Legends: Arceus while making it more likely for moves to miss against it. Even if this only increases the Physical Defense of Goodra in non Legends titles, Shelter giving the bulky Pokémon more Defense while being able to respond to Attacks with high Base Power moves makes it a threat on any team.

The new evolutions of Pokémon add a new dimension for many underused Pokémon that many fans of the series will have overlooked. Eviolite is an item that is used quite a lot in competitive Pokémon like Chansey or Dusclops. The item raises the Defense and Special Defense of Pokémon by 50 percent but can only be used by Pokémon that are still capable of evolving.

Ursaluna is a powerful Pokémon on its own, but its existence paves the way to fit Ursaring with an Eviolite. Both Pokémon are very slow but using Ursaring as a defensive support or bulky offensive threat can be used to great effectiveness in the VGC format. Belly Drum in a Trick Room team is much safer and moves like Charm can be used to debuff Physical Attackers.

Another Pokémon that can benefit from Eviolite is Hisuian Qwilfish. With a buff to its Defense in its new form already, Eviolite can make it a very powerful tank with Stockpile and Rest. It can learn Acupressure as well, set up Spikes and Toxic Spikes, or use Minimize to increase its evasiveness.

Related: Where to find Hisuian Qwilfish in Pokémon Legends: Arceus

Pokémon Legends: Arceus removes Effort and Individual values in Pokémon in favor of the Grit system. If this change were transferred to other titles, EV training and IV breeding would be removed entirely—every Pokémon would be at maximum effectiveness.

It's unlikely that this change will see life outside of the Legends series because this could potentially increase the duration of battles. Speculating on how it could work, however, adds many extra dimensions but would favor Pokémon with high Base Stat Totals, which seems to go against GameFreak's intentions.

This change would also have a positive influence on many underused Pokémon that are mixed attackers. These Pokémon have most of their Stat distribution on both their Attack and Special Attack but don't have much Defense, Special Defense, or Speed. The change could make these Pokémon more viable as players wouldn't have to choose between a Physical or Special Attacker. Octillery, for example, could run Gunk Shot instead of Flash Cannon for Fairy Types while still being able to use other Special Attacks like Ice Beam and Flamethrower to keep its coverage.

For more gaming features, check out Sean Chiplock on voicing Genshin Impact’s Diluc, getting into character, and trying KFC on Pro Game Guides.