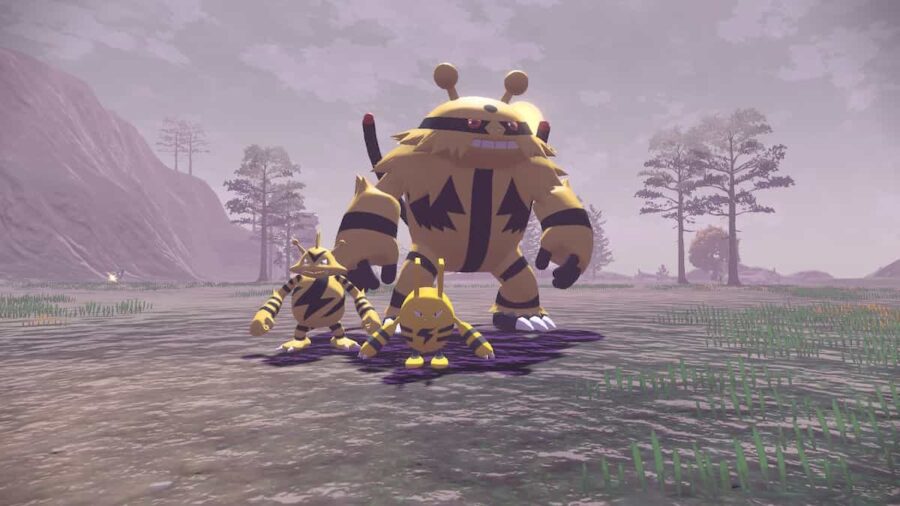 This shocking family of Pokémon enjoys the cooler things in life, and the same applies in Pokémon Legends: Arceus. As such, Elekid, Electabuzz, and Electivire can be found exclusively in places with snow. We hope you've got a snow coat.

Elekid and Electabuzz both all found in the same places. It would seem that they either compete for the same spawn locations or are more likely to spawn than one another based on the time of day, but we cannot discern a reason why sometimes Elekids spawn more often and sometimes Eletabuzzes spawn more often.

Related: Where to find Magikarp in Pokémon Legends: Arceus

Electivire is found exclusively as an alpha Pokémon.

Alpha Electivire is found in the Cloudcap Pass in the Coronet Highlands. You're very likely to pass it on your way from the Moonview Arena to the Stone Portal.

For another family of Pokémon of fun Pokémon, go check out Where to find Ralts, Kirlia, Gardevoir, and Gallade in Pokémon Legends: Arceus on Pro Game Guides!

Where to find Elekid, Electabuzz, and Electivire in Pokémon Legends: Arceus