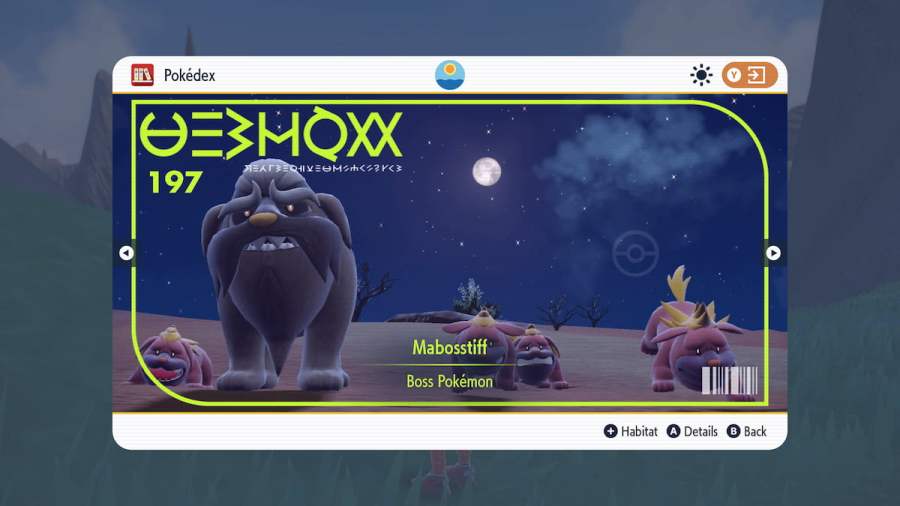 Maschiff and its evolution, Mabosstiff, are very strong Dark Type Pokémon with three very good Abilities. Mabosstiff's stats are pretty balanced, with a high Attack stat and decent Speed. Its defensive stats are good as well, and its Ability, Intimidate, will lower the Attack of its opponents whenever it enters the battle. Players won't have to wait long to evolve their Maschiff and can evolve it quickly enough by doing Tera Raids.

What level does Maschiff evolve into Mabosstiff in Pokémon Scarlet & Violet?

Maschiff evolves into Mabosstiff at level 30, making it easy enough to get in the mid-game of Scarlet & Violet. Players can cut the time it takes to level up in half by beating Tera Raids and using the EXP Candy. Early Tera Raids will be no problem as long as players have Pokémon with the right Type matchup. This makes knowing the symbol for each Tera Type important, but waiting around for Outbreaks of Chansey also works well to level up and can be forced by resetting the Switch's date. Maschiff has a good amount of Attack and can take out Chansey on its own as long as the level difference isn't too high.

Related: What is Pupitar’s evolution level in Pokémon Scarlet & Violet?

Where to catch Maschiff and Mabosstiff in Pokémon Scarlet & Violet

Area Two of the South Province is where Maschiff can most easily be found, but Area Four can also spawn them. Using Meal Powers for Dark Encounters will better guarantee finding them as well. Mabosstiff can be found in the North, notably in areas around Casseroya Lake.

What is Maschiff’s evolution level in Pokémon Scarlet & Violet?