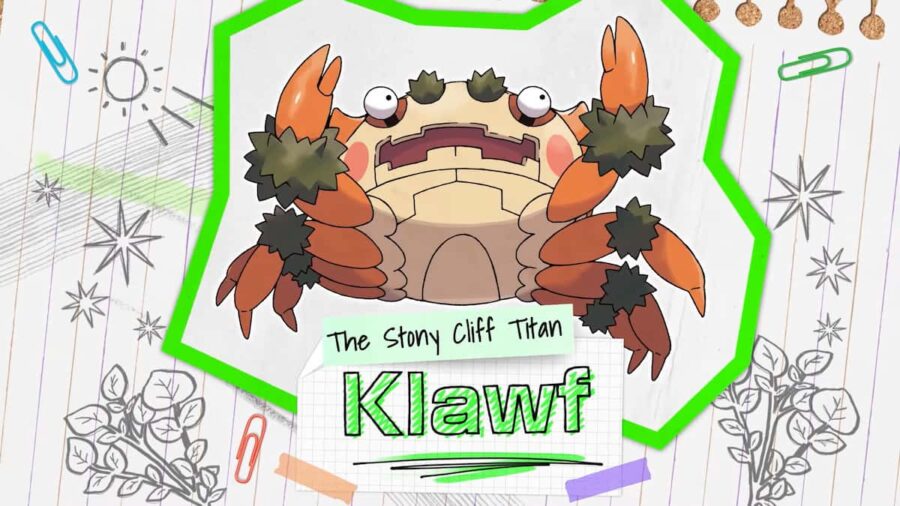 What is Klawf in Pokémon Scarlet and Violet, explained

Klawf is a new Pokémon in Pokémon Scarlet and Violet. It is based on a crab but does not carry the water type you might expect. Instead, it is a rock-type Pokémon. Klawf is considered an ambush Pokémon with an average height of 4'3" and 174.2 lbs. It also has spinning eyes that remove any blindspot Klawf might have.

Related: Who is Geeta in Pokémon Scarlet and Violet?

Klawf can have either the Shell Armor or Anger Shell ability. Shell Armor is a returning ability that prevents critical hits, while Anger Shell is a brand new ability introduced in Pokémon Scarlet and Violet. This ability activates when Klawf drops below half health and will reduce its defensive stats while boosting its offensive and speed stats.

Klawf is also seen as a Titan Pokémon in the Seek Your Treasure trailer on The Pokémon Company YouTube. This is part of a mission with Arven, an upperclassman and cook. The protagonist is seen battling the Titan Klawf alongside Arven.

What is the new crab Pokémon in Pokémon Scarlet and Violet?