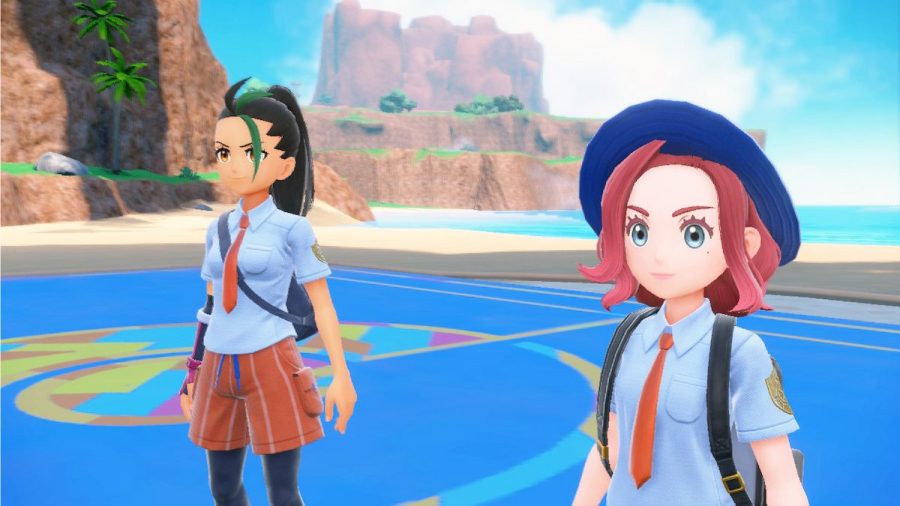 Pokémon Scarlet and Violet is completely open-world and allows you to explore wherever you want from the very beginning of the game. With Gen 9 also having three story campaigns, you may be wondering which direction of the map you should travel to first after leaving Paldea University.

Should you go East, West, or South first in Pokémon Scarlet & Violet?

After completing the game's introduction tutorial, rivals Arven, Nemona, and Cassiopeia will ask you to choose a gate to exit from at Paldea University. Although Scarlet and Violet is technically an open-world game, it doesn't actually have level scaling. As a result, Gym Leaders, Team Star bosses, and Titan Pokémon have a fixed progression order based on ascending levels. Because of this, the best direction to take at the beginning of the story is the Mesagoza West Gate exit. Going in this direction will take you to the lowest-level story campaign challenge that is available. Below is a breakdown of where you should go after heading west on the Pokémon Scarlet and Violet map.

Related: Pokémon Scarlet & Violet: How to find Gimmighoul Chest Form and evolve it into Gholdengo

Where to go first in Pokémon Scarlet & Violet?

Once you've left the Mesagoza West exit, you will want to keep traveling into South Province (Area Two) until you reach Cortondo City. After catching enough wild Pokémon and leveling up by battling NPCs, you can now take on the Bug-type Gym, which is only level 15 in difficulty. Although you will mostly spend the first few hours of the story in the South Province Area, you will eventually want to return to the school and use the Mesagoza East exit. On this side of the map, you can tackle the Stony Cliff Titan, which is level 16, and the Grass-type Gym in Artazon City which is level 17.

For more information on Pokémon Scarlet and Violet, check out How to find Greavard and evolve it into Houndstone here on Pro Game Guides.

Which direction to go first in Pokémon Scarlet & Violet