Pokémon breeding in Sword and Shield takes place at Nurseries – you’ll find one of these on Route 5 and another in Bridge Field within the Wild Area. You can leave two of your Pokémon to produce Eggs at either one of these facilities, and you’ll be able to hatch these Eggs by travelling around with them on your team. There’s a lot of reasons to breed Pokémon, and a whole pile of factors affecting how your new Pokémon will turn out, so we’ve put together some advice on getting the most out of the Nursery facility!

Breeding always requires two Pokémon – usually one male and one female, but it’s also possible to pair a male, female or genderless Pokémon with a Ditto to produce Eggs. Again with the exception of Ditto (which can produce Eggs with any Pokémon that’s able to breed at all), the two Pokémon will need to be in the same Egg Group. Egg Groups include the likes of Grass, Bug, and Fairy, but aren’t always connected to type – there’s also groups like Monster and Amorphous. Many Pokémon also belong to more than one group.

If you breed two Pokémon of different species, the Egg will generally hatch into the same species as the mother, unless one of the parents is Ditto (in which case the baby is the same species as the non-Ditto parent). There’s also the Undiscovered Egg Group, containing Pokémon that are completely unable to breed, such as Legendary Pokémon and Baby Pokémon. While all this may seem complicated, the Nursery workers will inform you if the Pokémon you’ve left with them are incompatible - this'll look something like the image below! 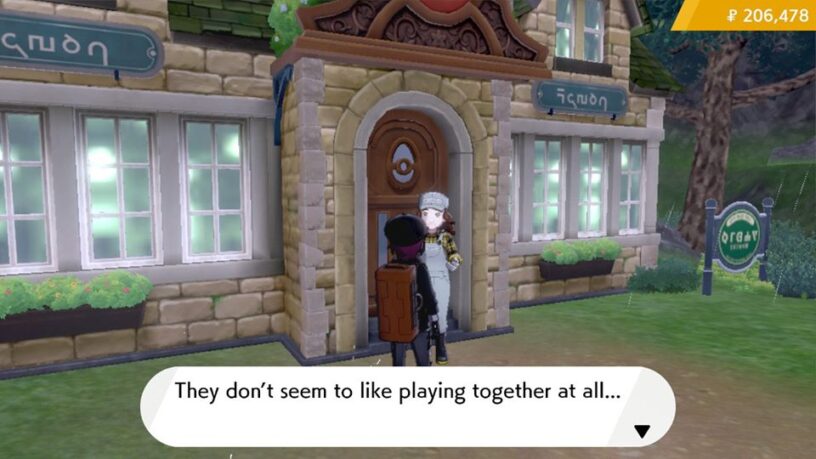 Which Pokémon should you breed?

Breeding is especially useful when you want to obtain more of a particularly rare Pokémon species, such as your starter Pokémon. This also helps if you want to trade for other rare Pokémon, or want to try out both options in a branched evolution. Remember that unless the Pokémon you’re starting with is female, you’ll need a Ditto to obtain another! Breeding also lets you pass down particular stats, moves, and abilities from the parents to the baby, which is very useful if you’re trying to find an especially powerful Pokémon. Let’s look at those in a little more detail! 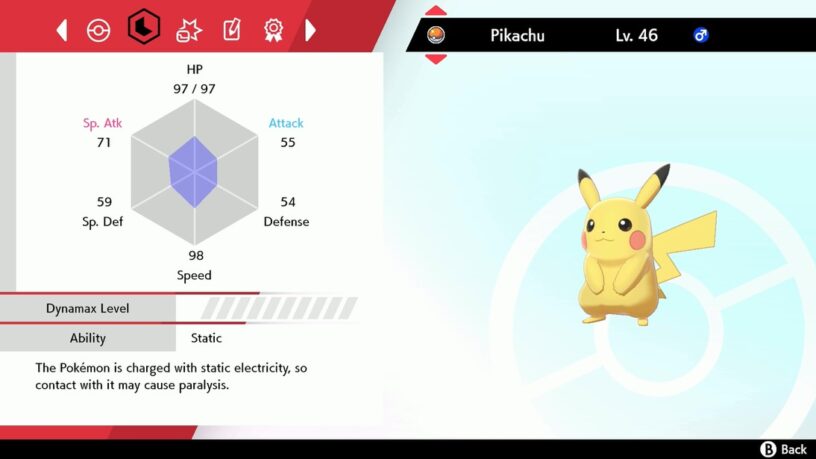 Hatched Pokémon inherit some of their parents’ IVs (Individual Values), the values determining how quickly a Pokémon’s stats grow. IVs range from 0 (slowest stat growth) to 31 (fastest stat growth), and you’ll want to make sure the stats your Pokémon inherits are as high as possible. IVs are also hidden until you reach the post-game Battle Tower and unlock the Judge function, so it’s best to make sure you’ve got this far in the game before you try a breeding project.

Generally speaking, a Pokémon inherits three IVs from its parents – two IVs from one parent and one IV from the other. The specific stats inherited and the number inherited from each parent are randomized, but certain items can make the inheritance process a little less unpredictable. You can also use items to pass down the Nature of one of the parents – otherwise, the hatched Pokémon will have a completely random nature. Controlling the Pokémon’s Nature is essential if you’re trying to raise a competitively viable Pokémon – as a Pokémon's Nature affects how quickly it grows in particular stats, you'll want a Nature that boosts the stats you'll be relying on the most. You'll particularly need to watch out for Natures when breeding a Toxel, as this will determine which form of Toxtricity you'll end up with!

Here’s a list of items you can use to influence how your Pokémon inherit their stats and Natures: 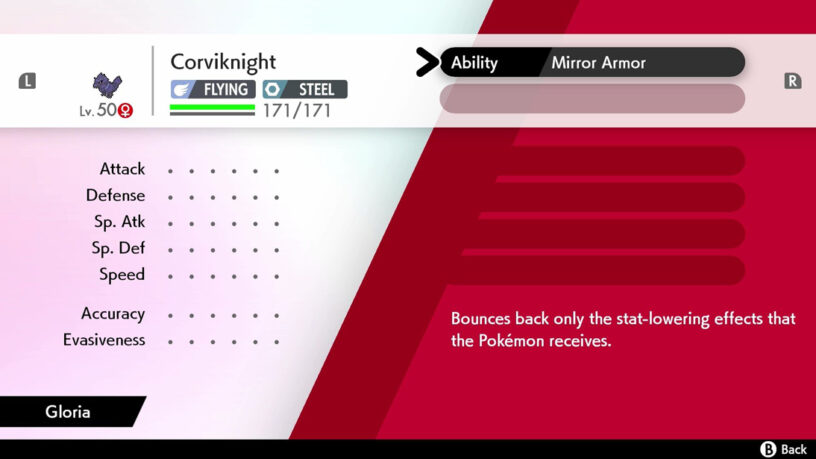 Abilities can be passed down from whichever parent is the same species as the offspring (usually the mother). While it’s not guaranteed, it’s possible (with about a 60% chance) for a newly hatched Pokémon to inherit a Hidden Ability from one of its parents. A male Pokémon can only pass down its Ability if bred with a Ditto; otherwise, the Hidden Ability (or standard Ability) will be inherited from the mother. Because of this, it’s usually better to start with a female Pokémon that has a Hidden Ability. 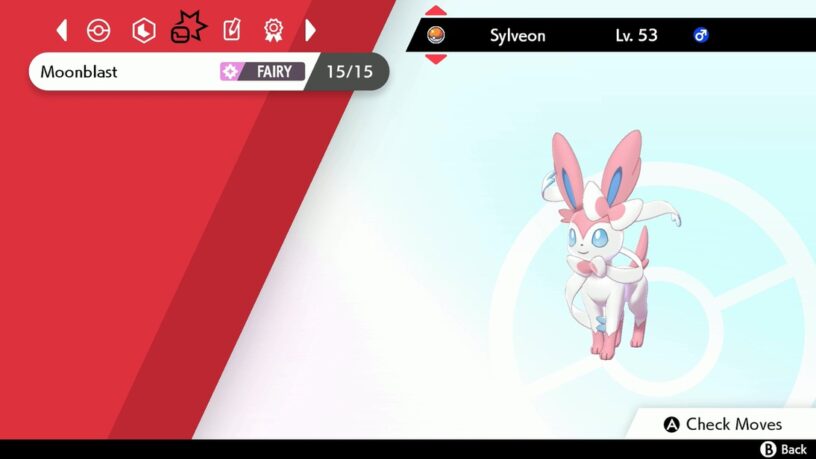 Many species of Pokémon can inherit unique or powerful moves from their parents – including moves normally unavailable to that species. For example, a newly hatched Tyrogue can know the move High Jump Kick if either of its parent Pokémon knew the move when the Egg was produced. The list of moves that can be passed down as Egg Moves is different for each Pokémon species, so it’s worth trying out different combinations of Pokémon within the same Egg Group. Some wild Pokémon, such as Brilliant Aura Pokémon, will have Egg Moves when captured, so these are a good way of passing down Egg Moves without much effort.

Thanks to what’s known as the “Masuda Method”, it’s often much easier to hatch a shiny Pokémon than it is to find one in the wild. To make best use of this method, you’ll need two Pokémon from games of different languages – for example, breeding a female Impidimp from an English-language game with a male Impidimp from a Japanese-language game. These pairs will produce Shiny Pokémon at about six times the normal rate. However, it can still take hundreds of Eggs to find a Shiny Pokémon using this method.

You'll end up raising the newly-hatched Pokémon from level 1, but this needn't be as hard as it sounds – having some leftover EXP Candy will be a huge advantage here. You'll also want to make sure its EVs (also called Effort Values, or Base Points) are tailored to the strategy you've planned. EVs, like IVs, range from 0-31 and affect how a Pokémon's stats grow. Unlike IVs, they aren't fixed, and are instead determined by the items you use on your Pokémon and the battles it takes part in. For example, if you want a particular Pokémon's Speed to grow quickly, you could use the Carbos item on it, or battle it against fast Pokémon like Diglett.

More details about leveling your Pokemon can be found here. 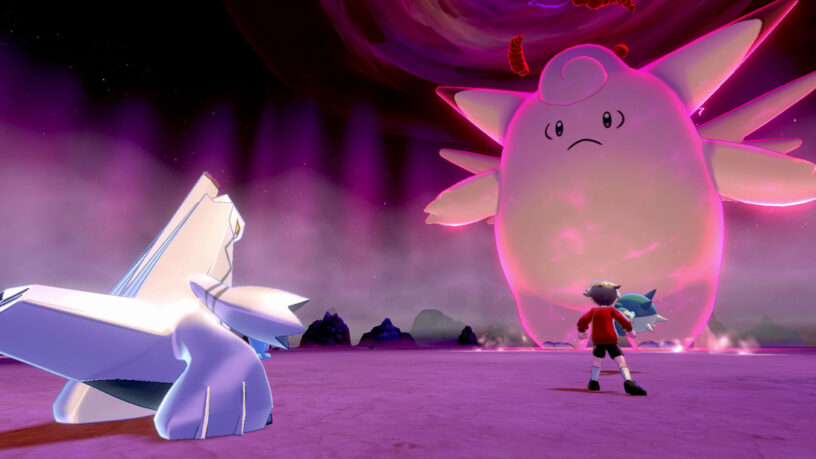 Once you’re able to see the IVs of your Pokémon, it’s worth finding a way to keep track of which each Pokémon’s best stats are. One way of doing this is by using the Marking function available on a Pokémon’s summary page, and adding one of the six available symbols for each stat a Pokémon is proficient in.

A Ditto with high IVs is priceless – having one of these will let you breed strong Pokémon of any species! Make sure you’re keeping an eye out for strong Ditto at the Lake of Outrage.

Pokémon you capture through Max Raid Battles often have Hidden Abilities, and may have between one and four perfect IV scores (i.e. 31 points out of 31). On top of this, Brilliant Aura Pokémon found in the wild may have three or more perfect IVs, and often start out with Egg Moves. This makes both of these categories a great start for Pokémon breeding. To maximize the chances of the offspring getting both Egg Moves and a Hidden Ability, it’s best to breed a female Max Raid boss Pokémon with a male Brilliant Aura Pokémon of the same species.

Make sure you’re obtaining and hatching Eggs as quickly as possible! Eggs are produced more often between Pokémon of the same species but with different Original Trainers, so trading can help you breed more Pokémon. It’s also possible to speed up the rate at which Eggs hatch by keeping a Pokémon with the Flame Body ability on your team as you travel around. Recommended Pokémon for this trick are Centiskorch, Coalossal and Chandelure. On top of that, having a fully upgraded Rotom Bike will also make the process a little faster, as you’ll be able to travel a greater distance in a much shorter period of time!

Best Movesets for Turtwig, Grotle, and Torterra in Pokémon Go

Best Moveset for Chinchou and Lanturn in Pokémon Go

Is Tsareena coming to Pokémon Unite?