We're taking a look at how-to get money fast in Pokemon Sword and Shield! If you want to get some Pokemon Dollars to purchase some sweet clothes or stock up on healing, vitamins, Poke Balls, or whatever else you have your eye on then we'll teach you exactly what you need to do to get money quickly in the game.

Here's a list of the ways you can make money in Pokemon Sword and Shield:

Sparkling Spots in the Wild Area

This is a pretty simple one that you can do early on, but it's recommended that you wait to really farm this until you get your bike. You get the bike midway through the game, so it's worthwhile to just hold out for that. While traveling around the Wild Area, you'll notice quite a few white sparkles showing up all over the place. These can be in patches of bushes, near trees, boulders, around water and just all over the place. These items will respawn periodically, so you can jump back in and grab them again and again. The items you get are mostly just for selling, things like Big Mushrooms, Pearls, Rare Bones, Stardust, and a whole lot more. The Big Pearls can be found pretty consistently by traveling on top of the water when you get the Surf upgrade.

To make this even faster, talk to one of the Watt Traders and upgrade your bike. For a few thousand Watts, you can make it so you can turbo faster and longer. This makes riding around a lot more efficient, and will lead you to getting money faster.

Talk to People in the Wild Area

While you are farming up the Wild Area, make sure to talk to any NPCs you come across. They will sometimes offer you an item for a pretty small amount of Watts. These items are usually something you can sell, so it's an easy way to get some cash whiled you are already farming.

This is one of the best ways to get money in the game right now. You'll need to have beaten the game first, and once you have you can go onto the next steps!

This is pretty easy to find and you might have already grabbed it. Go to Motostoke and to the coliseum there. Once you've arrived, head to the right across the bridge to the Motostoke Outskirts. After you've crossed the bridge, you will find yourself in an area with grass and a sign. Behind that sign is a Poke Ball that is the Amulet Coin! 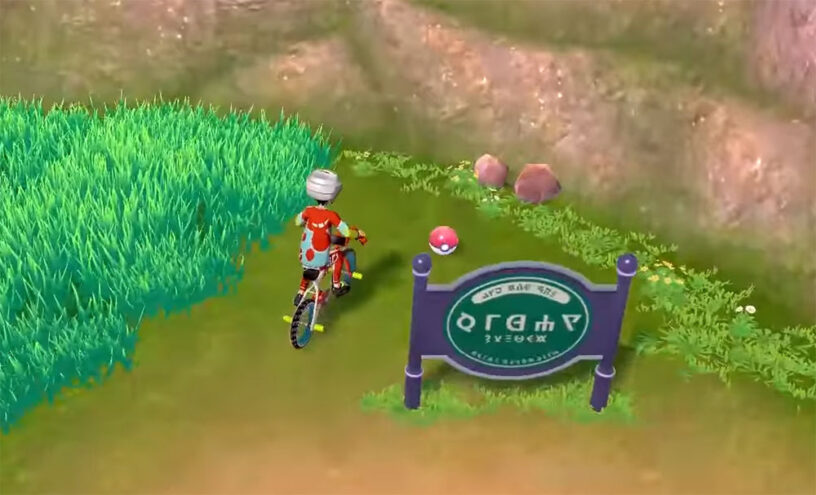 Get the Gigantamax Meowth

This is also very easy to get, just open up the menu in game and go to Mystery Gift. Hit the Get via Internet option and search. You should have a Gigantamax Meowth Gift waiting for you if you haven't already received it! Grab that and add this special Meowth to your party. Make sure to do it soon, the Gigantamax Meowth event ends on January 15th, 2020.

You are going to need to get your Meowth into the 70s. You can do this by jumping into some Max Raids and giving it the EXP Candy you receive. You can also just fight in the Champion Cup over and over to gain experience that way.

Give Meowth the Amulet Coin

Make sure your leveled up Meowth is holding the Amulet Coin! This is one of the keys to making that big money, because the Amulet Coin doubles the prize money received if the Pokemon holding it joins the battle.

Battle in the Pokemon League

You will want to battle in the Pokemon League as much as you can stomach! These battles are very lucrative on their own, but when you introduce the Amulet Coin they get even better. The absolute key to this methods is that we're going to be using the Gigantamax move Gold Rush in battle from our Meowth. This move confuses opponents and also earns extra money. You want to use the G-Max Gold Rush three times in each battle which is the max amount of times we can use a move in our Dynamax form.

You should get around 15 - 30k Poke Dollars for winning the battle which is a nice chunk, but there's more... because you used the Gold Rush move, you will also get anywhere between 75 to 100,000 Poke Dollars by picking up the coins that were scattered everywhere! That's easily the most money you will get from any method this quickly. You can repeat these battles over and over again and in no time you will have more money than you know what to do with.